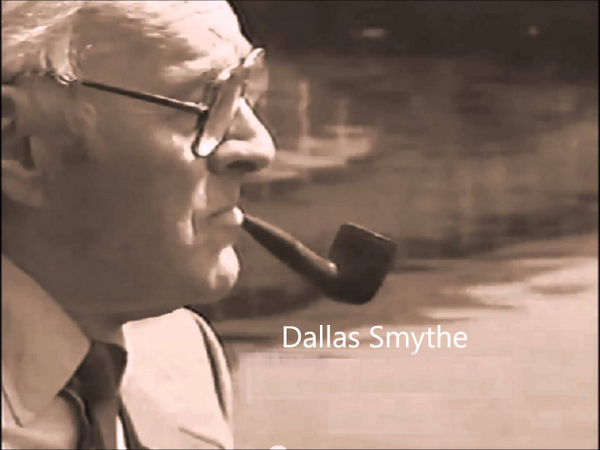 The International Association for Media and Communication Research – IAMCR – invites applications from graduate students and early-career scholars for three prizes in memory of Dallas Smythe. The awards, worth USD 750 each, will be granted for outstanding papers accepted for presentation at IAMCR 2023, either online in OCP23 or in person at Lyon23.

Born in Canada in 1907, Professor Dallas Smythe was a founder of the field of political economy of communication and a leading scholar who had significant influence in American and international communication policy. Trained as an economist, Smythe's professional career included appointments at the Department of Agriculture, the Department of Labor and the Federal Communication Commission in the United States and at the University of Illinois. His professional work and social engagement eventually caused him problems and during the McCarthy period he found it difficult to get articles published or to get money to fund research. In 1963 he returned to Canada, where he worked at the University of Saskatchewan and later at Simon Fraser University, where he was Professor of Communication from 1976 until his death in 1992.

Dallas Smythe was an active member of IAMCR for more than 20 years. He established the Communication Satellites Section, which later became the Communication Policy & Technology Section, and he was an active participant in the Political Economy Section. In Dallas Smythe: Half a century of work", a video produced at Simon Fraser University in 1985, Smythe talks about his involvement with IAMCR. See the complete video Dallas Smythe: Half a century of work on YouTube. Simon Fraser University maintains an online collection of lectures by Dallas Smythe as well as many of the lectures from the university's Smythe Memorial Lecture series.

"In the mid-sixties IAMCR was a small group dominated by a few people from a few highly industrialised countries. There's a need for an association of communication researchers from all over the world from the developing as well as the developed countries. I’ve tried to move the organisation in that direction with some success. We now include researchers from all over the world and our last biannual meeting was in Prague [1984] and our next is in India [1986]."

Papers which combine scholarly excellence with a commitment to developing and extending the critical, innovative and engaged spirit that characterised Smythe’s contribution to media/communications analysis.

To be selected for the 2023 award, papers are required to display scholarly excellence and to be innovative in nature.

There are two deadlines to keep in mind.