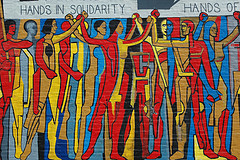 1. Statements will be guided by, and restricted to, the IAMCR remit. They will focus on media/communication issues and reflect IAMCR's critical position.

The clearinghouse will process statement and/or manage the process of signing statements generated by others when they focus on issues that are principally concerned with issues relating to media/communications where IAMCR members have substantive scientific expertise that provides a basis for seeking to influence discourse or practice. An indicative list includes:

2. Statements may be responses to immediate events (reactive) or prepared for forthcoming events (proactive).

No statements will be authorized by the Clearinghouse without agreement by the IAMCR President.

3. Statements should not consist of a single-voiced text, but should be multi-voiced and include the diversity of opinions represented by our members. One statement can (and in most cases should) consist out of a collection of a number of (sub)statements.

4. Statements can originate from the Clearinghouse, from IAMCR entities (Executive Board, International Council, Committees, Task Forces, Sections, or Working Groups), and from individual members. A statement can be endorsed by IAMCR through the Clearinghouse, or distributed only by IAMCR.

Statements endorsed by IAMCR or distributed by IAMCR will have the support of the Clearinghouse, the Executive Board, the International Council, and as appropriate, the full membership of IAMCR.

5. Global and regional issues will be considered.

The Clearinghouse interprets global and regional as meaning that requests for statements will be considered where they fall within the remit of the Clearinghouse and may be of local concern to IAMCR members.