The Ethics of Engagement 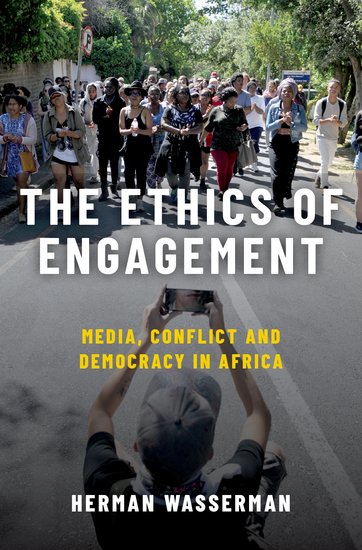 In Africa, the media plays a significant role in conflict management and resolution. Which conflicts the media report, which are ignored, and how conflicts are represented can have a profound impact on the outcomes. While the media can in some cases ensure the stability of African democracy, critics have pointed out that in other cases, the media actually increases tensions in areas of conflict. The media tends to privilege only elite voices, offering superficial coverage of marginalized groups in a way that increases polarization.

In The Ethics of Engagement, Herman Wasserman explores the ethics of the media in conflicts that arise during transitions to democracy in Africa. He examines the roles, responsibilities, and obligations of media in contexts of high socioeconomic inequality. In doing so, he looks at ethnic and racial polarization in the histories of colonialism, post-colonial authoritarianism, and hybrid regimes. Taking a critical view of the normative guidelines and professional identities of journalism inherited from contexts outside of Africa, he argues that a more reciprocal and collaborative approach is needed. He develops a new ethics of engagement that would require the media to facilitate the resolution of conflicts across differences of ethnicity, citizenship, and class. A central point of this theory is the development of an "ethics of listening" which would enable the media to conceive of their role as facilitators in democratic deliberation and community-building. Wasserman applies his ethics of listening to case studies across the African continent. He finds that by following this new model of conduct, the media may actually deepen democracy and help de-escalate conflict. This original study provides a useful framework for reimaging the media's role in transitional democracies in Africa--and across the globe.

This title currently offers a promotion code: order online at www.oup.com/academic with promo code ASFLYQ6 to save 30%

Herman Wasserman is Professor of Media Studies at the University of Cape Town, South Africa, and member of IAMCR.