The Media Sector Development (MSD) Working Group has a vacant position for a vice-chair and invites IAMCR members to apply to the position by sending their name, institutional position, a statement of no more than 400 words, and, optionally, a photograph, to the incumbent working group heads listed below, with a copy to IAMCR General Secretary Gerard Goggin (gerard.goggin [at] ntu.edu.sg) and to the IAMCR secretariat (membership [at] iamcr.org), by 10 June 2020.

All candidates must be current members of IAMCR, and of the MSD Working Group.

The candidate will replace María Soledad Segura, from the Universidad Nacional de Córdoba, who is stepping down from the position of vice-chair. Nicholas Benequista (nbenequista [at] idrc.ca), from the International Development Research Centre, and Susan Abbott (susanabbott1 [at] gmail.com), from the University of Westminster, remain as co-chairs of the working group, while Winston Mano (W.Mano [at] westminster.ac.uk) of Westminster University stays on as vice-chair.

The elections will be held online from 6 to 12 July 2020 using the SurveyMonkey platform. Voting lists will be generated on 10 June 2020. Individual members and representatives of institutional members who are also registered as members of the MSD Working Group at the time the voting lists are generated will be sent ballots. Members who join the Working Group after the voting list has been generated will not be able to vote. 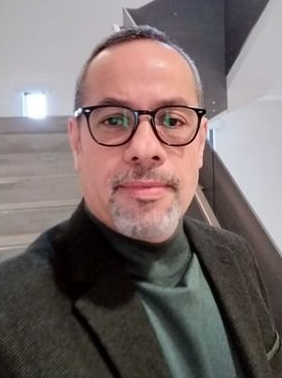 I would want you to consider my name for vice-chair for the Media Sector Development Working Group at International Association for Media and Communication Research (IAMCR) in the next elections.

I think I can make a sound contribution to the working group given my track record in research, publications and grant funding in this particular area as well as my relationship with the media sector in the Global South. My intention is to put all my energies in supporting the current team in their effort of bringing together scholars and practitioners in the field as to promote constructive and engaging dialogue within collaborative networks in order to enhance research capabilities in this area.

I am currently a Professor in Residence and Director of Executive and Graduate Education at Northwestern University in its campus in Qatar. I received my PhD from the University of Sussex (UK), a MA from Lancaster University (UK) and a BA from the University of Zulia in Venezuela, where I am originally from. Before I became an academic, I worked for more than a decade as a journalist for a variety of news media outlets in South America and the United States. During that time, I was a news reporter and later news editor of a daily paper, among other tasks.

Beside my academic research, I continue to be involved in journalism in the Global South as a columnist and commentator for newspapers such as El Clarín in Argentina and Al-Jazeera in Qatar. I am also currently one of the promoters and Vice-President of the board of directors of Golfo Radio 98.3 FM, the first free-to-air radio network in Spanish and Portuguese in the Middle East. I have also been advising and assisting a series local-media initiative in the Global South.

Central to my concept about Media Development is that those working in the sector, researchers and practitioners, have the prime responsibility of providing a voice to society, particularly to those who are often excluded and left behind. It is with this belief that I embrace notions such as plurality, independence, diversity and participation; all associated, in my view, with the need to build media capabilities in the Global South. I would ask you to give me the opportunity to work towards those goals.