The Political Economy Section (POE) will be holding elections for two co-chair and one vice chair positions, for the term 2022 - 2026.

The elections will be held online from 20 May until 5 July using the SurveyMonkey platform.

Interested candidates must send their name, institutional position, a statement of no more than 500 words and a photograph to elections [at] iamcr.org with a copy to the SWG elections coordinator Andrea Medrado (A.Medrado [at] westminster.ac.uk) and to the POE Section’s current officers, Rodrigo Gómez (rgomez [at] correo.cua.uam.mx), Peter Thompson (peter.thompson [at] vuw.ac.nz), Benjamin J. Birkinbine (bbirkinbine [at] unr.edu) and Yu Hong (hong1 [at] zju.edu.cn), no later than 29 April.

Read about the Political Economy Section 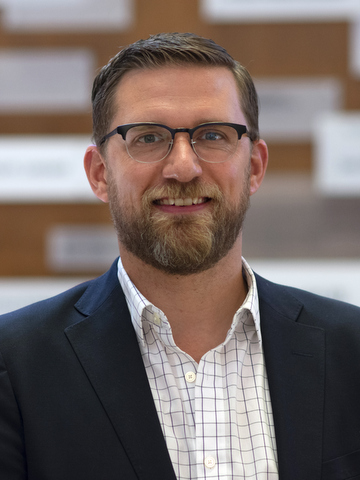 To the members of the Political Economy Section,

I am running as a candidate for one of the Co-Chair positions of the section.  For the past four years, I have served as a Vice-Chair of the section, and I would be honored to continue serving as part of the leadership team.  During my time serving as part of the leadership team, I have learned a great deal about the behind-the-scenes work that goes into organizing the annual conferences, including the move to the new online platform (Ex Ordo) being used to collect and review conference submissions.  In part, I think my deep knowledge of managing the online platform will be an incredibly helpful skill to have as part of the new leadership team, as it will ensure some degree of continuity and institutional knowledge that can be passed on to other members of the new leadership.  I mention this specific technical skill up front because (as I think the other members of the leadership team can attest) learning and managing this new system certainly comes with challenges.  Indeed, the new online system is still very much a “work in progress” and I think it is vitally important to have someone on the leadership team who can serve as a leader in this area.  However, I also appreciate the fact that technical skill alone is a rather thin case to make when attempting to earn your support.

Four years ago, I ran as a candidate for Vice-Chair of the Section on a platform that included better and more transparent communication with the members, as well as a commitment to recruit more junior scholars to the section.  If elected as a Co-Chair of the new leadership team, I will continue to work toward these goals and more.  I’m happy to report that during my four years as Vice-Chair, we did increase the involvement of younger scholars in the section, including those from areas of the globe that were underrepresented.  The section leadership also adapted our communication activities to the new online platform, which allows for direct communication with all registered members of the section.  However, we are still working with IAMCR to improve some of the functionality of this portion of the online system. Beyond these goals, I would like to work on more initiatives to showcase the work of our members.  Building on the solid foundation established by the section’s journal, I would support the invitation of guest editors from the section to work on special thematic issues that can bring a political economic perspective to some of the pressing debates within the broader field of media and communication studies.

As someone with a deep appreciation for the history of the section, I hope to continue building on this strong tradition by attracting new voices into the section so they, too, can benefit from our shared experiences.  I would be honored to receive your vote. 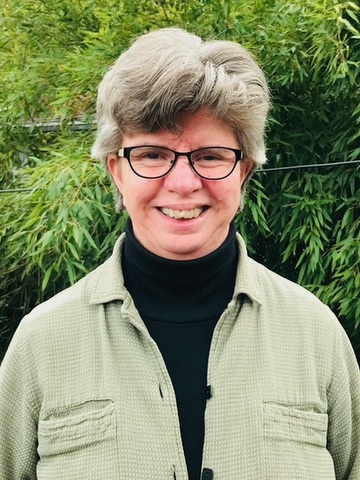 I want to express interest to serve as one of the Co-Chairs for the section. I have been a member of the Political Economy Section for two decades, in fact, since I was a graduate student. This section has helped me creating important networks and intellectual community, thus, it is with much appreciation for it that I offer serving as section Co-Chair.

I have ample experience putting panels together and organizing a variety of small and large academic events. I was the local Chair for IAMCR 2018 and organized, along with other colleagues, the conference hosted at the University of Oregon. I believe the organizational experience I bring will be very useful to continue running smoothly the operations of our section in the next four years.

Recognizing that the previous leadership teams have already done important ground work, I think that there is still room for improvement and for reaching further as a section. Here I concisely present the following for your consideration:

1) Honoring the growing diversity of scholars from different world regions in our section, I would like to strengthen and expand the ability for scholars to present in languages other than English, using the languages recognized by IAMCR.

2) I would like to open the space for inviting other forms of knowledge production beyond the traditional “conference paper,” including in our call audiovisual work or other creative forms that critically engage themes/topics under the umbrella or closely related to Political Economy. This would provide colleagues with the opportunity to have peer reviewed work that may not fit the traditional “scholarly” path, but yet it contributes to our field and is important for career advancement.

3) I would like to bridge and foster a diverse community where younger and emerging scholars,  can thrive following on the steps of those already well-established. For this end, I’d like to propose an ad hoc mentorship group or advise session where well-established scholars and those up-coming can connect and discuss issues affecting academia in different parts of the world, learning from each other, suggesting possible individual or collective solutions/actions, and connecting scholars from underrepresented countries with those from dominant ones in hopes of potential collaborations in domestic or international research projects.

4) Lastly, I would be interested in creating a Political Economy Graduate Student Award to stimulate the next generation of political economists, and celebrate the work graduate students entering our field.

In addition to the above, if I become Co-Chair, I would like to engage in productive conversations with the editors (and also those in the advisory board) of the section’s journal to look into ways of enhancing the publication, making it more visible beyond the section, and to open up the editorial board to guest editors that could represent or focus on different world regions and/or themes.

Thank you for your consideration. It would be an honor to get your vote. 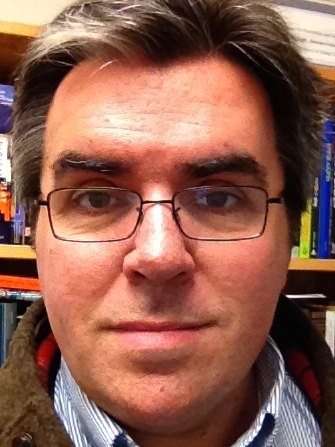 Randy Nichols is an Associate Professor in the School of Interdisciplinary Arts & Sciences at the University of Washington Tacoma.  His research focuses on the critical political economy of video games and its implications.  He is the author and editor of a number of books and book chapters, the most recent of which the Routledge collection The Political Economy of Media Industries: Global Transformations and Challenges.He has been an active member of IAMCR and the Political Economy section since 2002.   He currently serves on the editorial board for the journal The Political Economy of Communication, and he has previously served on the editorial advisory board for the journal Eludamos: a Journal of Computer Game Culture.  He served as member of the steering committee for the North American organization of critical communication scholars the Union for Democratic Communications from 2010 to 2013  and as the organization’s coordinator from 2013 to 2016.  In both capacities, he was heavily involved with planning and organizing their conferences.  Based on that experience, he worked with the German organization Netzwerk Kritische Kommunikationswissenschaft to help it establish itself and think through some of the challenges critical communications organizations are faced with.   If selected, he looks forward to helping the Political Economy section continue to thrive and grow in the coming years and to continue the work the division has begun towards broader diversity in its membership, equity and inclusion in its leadership, and attention to the world beyond the Global North in its scholarship. 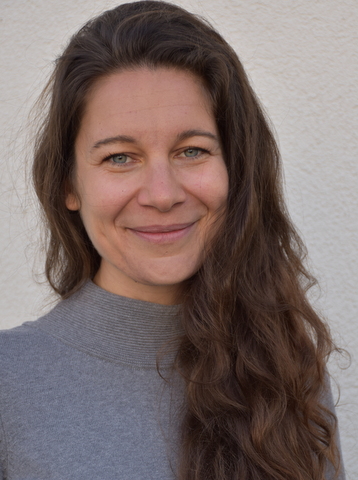 The IAMCR Political Economy (POE) section is a rare space for researchers interested in the critical analysis of media and communication (markets) to meet. My own work has greatly profited from conversations I have had with IAMCR colleagues. We all care deeply about structural social injustices in media and communications; our work aims to make these injustices visible for the purpose of emancipatory change.

However, one general misconception is that women do not care for or “can't do” critical Political Economy (PE). Though there are women in the field doing excellent research, it still is male dominated. I believe that having more female researchers representing PE on an international level will help promote female voices and encourage intersectional research. I also believe that while we must continue our efforts to include scholars from the Global South, it is likewise important to break gaps between “East” and “West” (especially given the current war in the Ukraine and its media coverage). Since my own research focuses on the clash of democratic endeavors and market forces during the post-socialist media transitions in Eastern Europe, I believe that I (at least partly) can add such perspective.

Having studied at the Institute of Communication Research at the University of Illinois at Urbana-Champaign, I am greatly indebted to scholars such as Inger Stole, Angharad Valdivia, Bob McChesney, John Nerone and Dan Schiller. All I do is follow their lead. Applying their ideas to past and current social issues in the field of media and communications, I find myself in a long tradition of critical thought. This long tradition, however, regularly falls out of history. One of my goals for the POE section is to strengthen that history by continuing its institutionalization. Only in this way, we can ensure access to critical perspectives for students and researchers likewise.

I currently work in Germany where, since 2017, I have been on the steering committee of the newly founded Network for Critical Communications Research (krikowi). One aim of the network is to reintroduce critical perspectives, such as PE, to the field of media and communication research in German-speaking countries. This is not an easy endeavor. I believe we need to make more use of synergies to strengthen PE in an increasingly monetarized national and international academic arena that leaves little space for structural criticism.