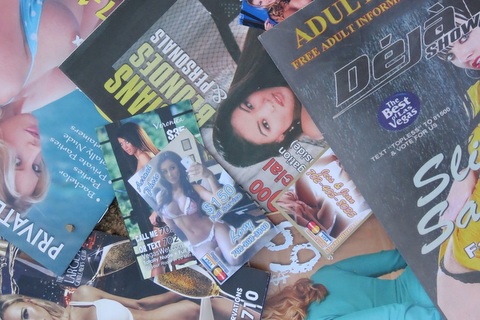 Olesya Venger, winner of the 2015 IAMCR/UCF Urban Communication Research Grant, will present the results of her research during a special session at IAMCR 2016. Her paper, Spatiality of sexual marketing in Las Vegas: Fun, surveillance, and illusion of "sin" on the Strip, grew out of research that sought "to investigate how the promotion of sexual services fits into a constantly contested above- and underground space of Las Vegas, the iconic "city of sin".

Teela Sanders of the School of Sociology & Social Policy of the University of Leeds will respond to the paper and members of the UCF/IAMCR Urban Communication Research Grant Jury will comment.

Details of the session and the abstract of Olesya Venger's paper are below.

Respondent: Teela Sanders, Professor at the School of Sociology & Social Policy of the University of Leeds

Aimed to investigate how the promotion of sexual services fits into a constantly contested above- and underground space of Las Vegas, the iconic "city of sin", this study focused on activities related to sexual marketing on the Las Vegas Strip, while drawing upon Henry Lefebvre's (1991) framework of conceived, perceived, and lived spaces. To better understand the interactions related to marketing and consumption of sexual services in urban settings, it employed methods of participant observation (to study interactions on the streets), interviews (to investigate attitudes and habits of the public), and content analysis (to explore promotional materials distributed by sexual marketers).

Observing life on the Strip from sunrise to sunset at different times of the day, one week a month during six months from September of 2015 to February of 2016, this study accumulated more than 420 hours of observations regarding public's behavior at different points on the Strip. As a result of intercepting individuals who took sexual marketing materials from street marketers, bought sexual services previously, and wanted to talk about their intent to use sexual materials obtained from street marketers, 68 interviews were conducted. The respondents were encouraged to participate in the interviews with incentives that ranged from $10 to $20 U.S. dollars per completed 15 minute interview. Only a small fraction (5%) of the respondents intended to use the materials they got from sexual marketers.

This study demonstrated that despite availability of sexual marketing offers on the Strip, the clients of sex workers tended not to act impulsively, relying on the Internet ads and forums as well as advice of friends instead. Moreover, the clients of sex workers preferred buying legal over illegal sexual services even in the city of "sin." Given that almost nobody tended to act on the "sinful" offers related to sexual marketing on the Las Vegas Strip, the space of the Strip remained a space for public and sexual marketers' freedom of expression, contributing to the "sinful" atmosphere of the perceived space, where everyone was dreaming about something forbidden but almost nobody transgressed what was allowed/accepted. The findings of the study reaffirm the Las Vegas Strip as a space where the old Vegas practice of "everyone watching everyone" (Casino, 1997) re-emerged in a new form, which suits the needs of casino owners, but not so much gratifications of casino visitors, better and more efficiently than in the past. Creating an illusion of freedom of movement for pedestrians and visitors who are walking the Strip (as opposed to driving around), the perceived space of the Strip imposes a new order of movement all its own.