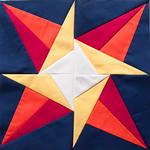 Twenty one travel grants to defray the cost of attending IAMCR 2019 will help early-stage scholars who are members of IAMCR from low and middle income countries. The winners include 9 women and 12 men from 17 different countries. The grants are worth more than US$30,000. Two of the grants were funded by anonymous donations, one of them being the Dipak De Travel Grant for Early-career South Asian Scholars, a grant to honour the memory of Professor Dipak De, a valued member and supporter of IAMCR. A total of 99 applications were received.

IAMCR expresses its sincere thanks for the enthusiastic interest demonstrated by all applicants. To those who were not selected, we wish you the best of luck in your efforts to find alternative funding. To those who were, congratulations! We look forward to welcoming you in Madrid.

We thank the many IAMCR members who contributed to the award. IAMCR Travel Grants are funded with a percentage of IAMCR membership fees and with voluntary donations by IAMCR members. Our special thanks go to the donors who made the additional travel grants available this year.