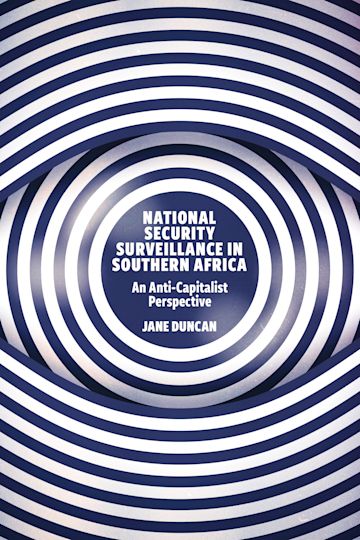 In spite of Edward Snowden's disclosures about government abuses of dragnet communication surveillance, the surveillance industry continues to expand around the world. Many people have become resigned to a world where they cannot have a reasonable expectation of privacy.

The author looks at what can be done to rein in these powers and restructure how they are used beyond the limited and often ineffective reforms that have been attempted. Using southern Africa as a backdrop, and its liberation history, Jane Duncan examines what an anti-capitalist perspective on intelligence and security powers could look like. Are the police and intelligence agencies even needed, and if so, what should they do and why? What lessons can be learnt from how security was organised during the struggles for liberation in the region?

Southern Africa is seeing thousands of people in the region taking to the streets in protests. In response, governments are scrambling to acquire surveillance technologies to monitor these new protest movements. Southern Africa faces no major terrorism threats at the moment, which should make it easier to develop clearer anti-surveillance campaigns than in Europe or the US. Yet, because of tactical and strategic ambivalence about security powers, movements often engage in limited calls for intelligence and policing reforms, and fail to provide an alternative vision for policing and intelligence. Surveillance and Intelligence in Southern Africa examines what that vision could look like.

Jane Duncan is a professor at the University of Johannesburg, South Africa, and a member of IAMCR.