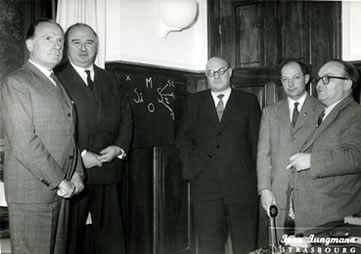 The IAMCR Executive Board (EB) created a Commission on IAMCR History during the association's 2018 conference in Oregon. Jörg Becker (Germany; IAMCR member since 1976) was appointed head of the commission. Kaarle Nordenstreng (Finland) and Cees Hamelink (Netherlands), authors and editors of many of the texts currently found in the IAMCR history pages on the website, were also named as commission members. The commission's mandate includes the following tasks:

Much of the work of the committee will be directed to producing a supporting publications on the history of IAMCR (articles, books, and other formats are possible) and its interest in in reflecting on the histories of IAMCR rather than writing an official history. Topics considered at the meeting in Eugene included

During the next three years the commission will work on various aspects of the association's history and is asking IAMCR members for their suggestions and assistance in two ways: