EOI - Co-Editors of the Palgrave/IAMCR Series 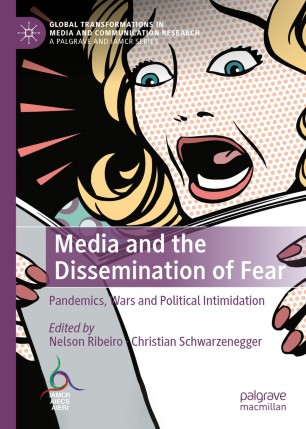 Call for Expressions of Interest for Co-Editors of the Palgrave/IAMCR Series: “Global Transformations in Media and Communication Research”

The Palgrave/IAMCR book series, “Global Transformations in Media and Communication Research”, was launched in 2014 and has since produced 17 books (with one more in the pipeline). With the current editorial team (Claudia Padovani and Marjan de Bruin) completing their term and stepping down, the series requires a new team of two co-editors to take on the responsibility.

Only current IAMCR members are eligible to apply. The call is for a team of two co-editors. Individual applications will not be considered. The two members should apply as a team, submitting a single application that includes:

Expressions of interest should be sent by email to: palgrave-series [at] iamcr.org

What does it take to work on the “Global Transformations in Media and Communication Research” series?

The two co-editors operate through an on-going dialogue and in close collaboration. They will be co-editors for not more than six years, and are supported by an editorial advisory board. The co-editor team should reflect diversity as far as gender, geo-cultural and disciplinary background is concerned.

The series co-editors must possess significant experience (3-5 years at least), for instance, in an editorial commissioning or processing role on an academic journal, as an editor of a collected volume, or leading a publishing programme within an academic institution.

The series co-editors should be well acquainted with IAMCR, its mission, thematic focuses and the organisation itself; they need to be paid members of the Association, and should have been involved in leadership roles with Sections, Working Groups or Committees of IAMCR to make their interaction with the Association easier. Series co-editors should also have some experience with publication processes, publishing and editorial roles. The above experiences should be clearly stated in their submission for the position.

The series co-editors are supported in their activity by an Advisory Board (see below), and operate as members of the IAMCR Publication Committee and in collaboration with the Committee’s Chair. They are expected to provide a yearly report of the series’ progress to be presented at the IAMCR conference.

What is the Palgrave/IAMCR series about?

The series promotes itself as offering “systematic and comprehensive opportunities for the publication of key research and intellectual debates, to reflect the intellectual capital of IAMCR.” It should be a forum for collective knowledge production and exchange through trans- disciplinary contributions. Over the past seven years it has contributed to identifying and refining concepts, theories and methods to explore the diverse realities of communication in a changing world.

What is the process?

The series co-editors work on a voluntary basis, providing a fundamental service to the Association. Royalties deriving from their work as editors of the Series go directly to IAMCR.

How does the editorial process work?

Series co-editors will receive submissions from candidates who are interested to contribute to the series. However, they will also be expected to actively encourage and inspire proposals for publication. This can be done face-to-face, for instance when IAMCR Conferences take place, but also through the Internet.

The series has a proposal form which should be used by those who are interested in working towards a publication. This form is available on the series’ page on the IAMCR website and/or can be sent to interested members by the Series Editors. It includes the criteria for proposals, consistent with the series’ aims and approach and will be the first step in the publication process. Series co- editors are in charge of updating the proposal criteria when necessary.

Series co-editors need to reach out to the IAMCR Sections and Working Groups, especially before the IAMCR Conferences, to share the possibility of taking part in the IAMCR Palgrave series.

Series co-editors need to be prepared to give feedback to candidates who need more advice about the submission process. They will need to be able to encourage candidates who share their ideas with them and help them to make the first step towards a book publication. A direct contact with potential authors works well and helps to streamline ideas as well as the proposal itself.

Series co-editors can always refer interested candidates to the series web page, which contains information about the submission criteria and the selection process. It also provides a description of the review process and the content of the proposal form.

Series co-editors should make sure the online information is updated when needed.

Alongside English proposals that are encouraged from IAMCR members and Sections and Working groups, series co-editors need to look out for at least one volume per year that is deemed important to be translated from Spanish, French or other languages, into the English language. This commitment is part of the agreement between Palgrave and IAMCR, and has become a highlight of the series. It will make scholarly contributions from different cultural contexts available to an international English-speaking readership.

Series co-editors need to pay special attention to IAMCR members who may submit proposals for texts to be translated and included in the Series. Details on this aspect can also be found at the IAMCR website. Proposals can also come from the series’ Advisory Board (see below).

Support for translation can come from the IAMCR Committee and Task Force Fund or other sources, including proponents’ own funds.

The steps that lead to book proposals are:

The Advisory Board supports the series co-editors in guaranteeing the quality and consistency of the series. The Board is composed of IAMCR members from different regions and representing a diverse range of expertise. The list of current members is available on the IAMCR website.

Series co-editors need to stay in touch with the Advisory Board, at least twice each year, and share with them the series Report, which is produced on a yearly basis. Feedback on new proposals is always requested from the Advisory Board,

Board meetings and mail exchanges function as a platform for discussion to identify new developments, opportunities and areas in need of critical attention, allowing for exciting and innovative themes to be covered in the series.

The series co-editors will use the Board’s contributions to issue specific Calls for Proposals and invite IAMCR members to address emerging trends and challenges in communication scholarship.

The Advisory Board will also help to identify volumes —in non-Anglophone regions— which may deserve translation into English to be made accessible to an international audience.