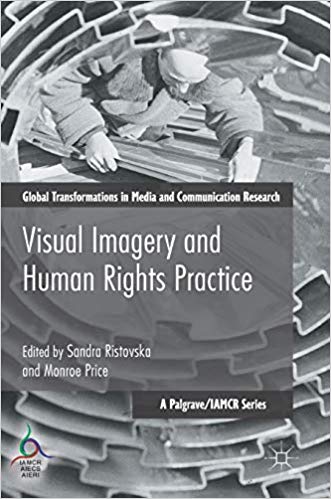 Since 2014, the joint book series IAMCR/ Palgrave Macmillan - Global Transformations in Media and Communication Research - reflects the intellectual capital of IAMCR. It constitutes a forum for collective knowledge production and exchange, thanks to trans-disciplinary contributions.

The series is developing into a rich collection of thought provoking volumes: as of June 2019 it comprises eight published volumes; one book is in production and nine new volumes have been contracted with Palgrave, to be published between late 2019 and mid 2020. We are excited to see the growing interest among IAMCR members to publish through this channel and expect more ideas and energy to emerge from the 2019 Conference.

Invitation and advantages for you and the Association

The theme of the IAMCR Conference in Madrid - ­Communication, Technology and Human Dignity: Disputed Rights, Contested Truths – will, without doubt, trigger many good papers, and invite lively debates about how the advance of technology affects the quality of human life; how communication technology affects the objectivity of facts; and, how the geopolitical and socioeconomic contexts are affected by the most recent changes in the structure and modes of global communications.

All of this, with a little bit of help, could be organised in manuscripts for publication. We, the co-editors Marjan de Bruin and Claudia Padovani, are always happy to give extensive feedback on your proposal to the publisher; we have the support of well-known academics, members of the series' Advisory Board, representing a diverse range of expertise and approaches.

Working through the IAMCR/Palgrave series would contribute to enriching a body of work that reflects the different thematic components of the IAMCR. Such a body addresses, and critically reflects on, issues of communication and politics, technology and power, public values and fundamental rights; and their interconnectedness with emerging discourses across geo-cultural contexts.

Contributing to the IAMCR/Palgrave series would support the series' mandate to disseminate and share the wealth of knowledge that our Conferences bring to the surface, taking advantage of the cultural and disciplinary diversity of IAMCR members.

In addition, the series offers the opportunity to identify volumes published in non-Anglophone regions, which deserve translation into English to make new ideas and knowledges accessible to an international audience. Each year the series aims for at least one volume translated from Spanish, French or other languages, into English. We are inviting you to suggest relevant publications to be considered by the series’ editors and Advisory Board.

IAMCR and Palgrave’s series in Madrid

In Madrid, the Palgrave booth will have an overview of the series’ publications and a leaflet showing the titles that will be published in the coming months.

We would be happy to talk with you – at the conference or via email - about possible themes and approaches, so that ideas could be further developed into fully elaborated proposals, ready for submission to Palgrave in the following weeks. In the meantime, on the IAMCR website, you can find further details for proposal submissions.

Please do get in touch with us: claudia.padovani [at] unipd.it and marjan.debruin [at] uwimona.edu.jm  if you are interested to contribute to the series.