Stopping the Spies: Constructing and resisting the surveillance state in South Africa 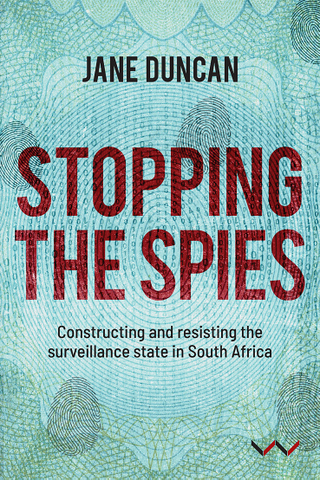 In 2013, former National Security Agency (NSA) contractor Edward Snowden leaked secret documents revealing that state agencies like the NSA had spied on the communications of millions of innocent citizens. International outrage resulted, but the Snowden documents revealed only the tip of the surveillance iceberg. Apart from insisting on their rights to tap into communications, more and more states are placing citizens under surveillance, tracking their movements and transactions with public and private institutions. The state is becoming like a one-way mirror, where it can see more of what its citizens do and say, while citizens see less and less of what the state does, owing to high levels of secrecy around surveillance.

In this book, Jane Duncan assesses the relevance of Snowden’s revelations for South Africa. In doing so she questions the extent to which South Africa is becoming a surveillance society governed by a surveillance state. Duncan challenges members of civil society to be concerned about and to act on the ever-expanding surveillance capacities of the South African state. Is surveillance used for the democratic purpose of making people safer, or is it being used for the repressive purpose of social control, especially of those considered to be politically threatening to ruling interests? She explores the forms of collective action needed to ensure that unaccountable surveillance does not take place and examines what does and does not work when it comes to developing organised responses.

Jane Duncan is a professor in the Department of Journalism, Film and Television, at the University of Johannesburg and a member of IAMCR through the institutional membership of her university.

This book makes a timely contribution to the study of surveillance in the South African context. It is important reading not only because of the detailed information it provides about threats to citizen freedoms in post-apartheid South Africa, but also for its constructive suggestions for public agency and resistance.
— Herman Wasserman, Professor of Media Studies and Director: Centre for Film and Media Studies, University of Cape Town.