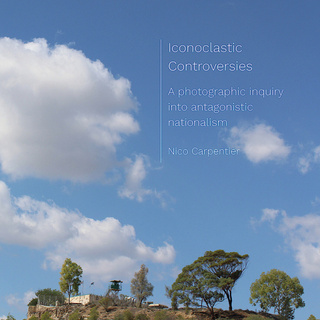 This book combines photography and written text to analyse the role of memorials and commemoration sites in the construction of antagonistic nationalism. Taking Cypriot memorializations as a case study, it shows how these memorials often support, but sometimes also undermine, the discursive-material assemblage of nationalism.

Chapter 1: An Introduction to Iconoclastic Controversies
Chapter 2: Communicating Academic Knowledge beyond the Written Academic Text
Chapter 3: On Antagonism and Nationalism – A Discursive- Material Re- Reading
Chapter 4: The Discourses and Materialities of Cypriot Antagonistic Nationalism
Chapter 5: The Iconoclastic Controversies Photographs
Chapter 6: The Reception of the Two Cypriot Exhibitions
(with Vaia Doudaki, Yiannis Christidis and Fatma Nazli Köksal)
Chapter 7: The Interviews