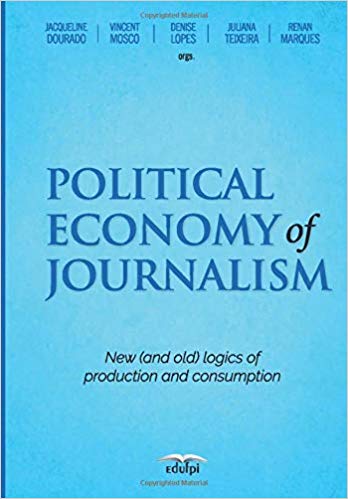 The emergence of new logics of production and consumption related to the use of the Internet, and especially of social networks, was the starting point of the articles gathered here. Understanding the place of media in the various spheres of power of contemporary society is fundamental in order to reflect on the current developments and to propose alternatives for overcoming the threats and challenges now faced by Journalism. In this sense, this third edition of the book series "Political Economy of Journalism" reflects on: the work processes that involve Journalism; the capitalist accumulation logics applied to both mass and niche media; and the ethical and citizen issues that interfere with the journalistic production.

The Production Process of Television Journalism in the Face of Mobile Devices: understanding the perspective of professionals from the TV stations of Piauí (Brazil) – Juliana Fernandes Teixeira

Vincent Mosco is Professor Emeritus of Sociology at Queen's University, Canada, and member of IAMCR.

Denise Lopes is an independent researcher in Political Economy of Communication, and a member of IAMCR.