The Paradoxes of Network Neutralities 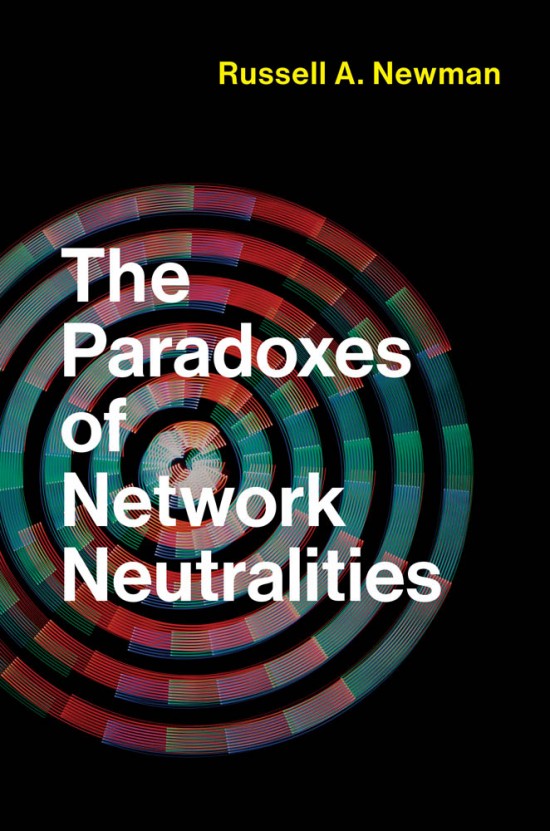 By Russell A. Newman

An argument that the movement for network neutrality was of a piece with its neoliberal environment, solidifying the continued existence of a commercially driven internet.

Media reform activists rejoiced in 2015 when the FCC codified network neutrality, approving a set of Open Internet rules that prohibited providers from favoring some content and applications over others—only to have their hopes dashed two years later when the agency reversed itself. In this book, Russell Newman offers a unique perspective on these events, arguing that the movement for network neutrality was of a piece with its neoliberal environment rather than counter to it; perversely, it served to solidify the continued existence of a commercially dominant internet and even emergent modes of surveillance and platform capitalism. Going beyond the usual policy narrative of open versus closed networks, or public interest versus corporate power, Newman uses network neutrality as a lens through which to examine the ways that neoliberalism renews and reconstitutes itself, the limits of particular forms of activism, and the shaping of future regulatory processes and policies.

Newman explores the debate's roots in the 1990s movement for open access, the transition to network neutrality battles in the 2000s, and the terms in which these battles were fought. By 2017, the debate had become unmoored from its own origins, and an emerging struggle against “neoliberal sincerity” points to a need to rethink activism surrounding media policy reform itself.

Russell A. Newman is Assistant Professor in the Institute for Liberal Arts and Interdisciplinary Studies at Emerson College, Faculty Associate at Harvard University's Berkman Klein Center for Internet and Society, and a member of IAMCR.