Narratives of Migration, Relocation and Belonging: Latin Americans in London 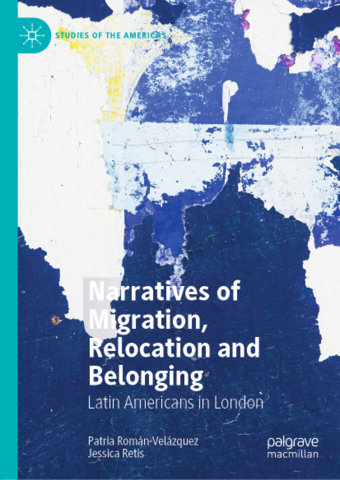 This book gives voice to the diverse diasporic Latin American communities living in the UK by exploring first and onward migration of Latin Americans to Europe, with a specific reference to London. The authors discuss how networks of solidarity and local struggles are played out, enacted, negotiated and experienced in different spatial spheres, whether this be migration routes into London, work spaces, diasporic media and urban places. Each of these spaces are explored in separate chapters to argue that transnational networks of solidarity and local struggles are facilitating renewed sense of belongingness and claims to the city. In this context we witness manifestations of British Latinidad that invoke new forms of belongingness beyond and against old colonial powers.

Patria Román-Velázquez is Senior Lecturer at the Institute for Media and Creative Industries at Loughborough University, United Kingdom, and a member of IAMCR.

Jessica Retis is Associate Professor in the School of Journalism and Affiliated Faculty with the Center for Latin American Studies at The University of Arizona, United States, and co-Chair of IAMCR's Diaspora and Media Working Group.