The Evolution of Popular Communication in Latin America 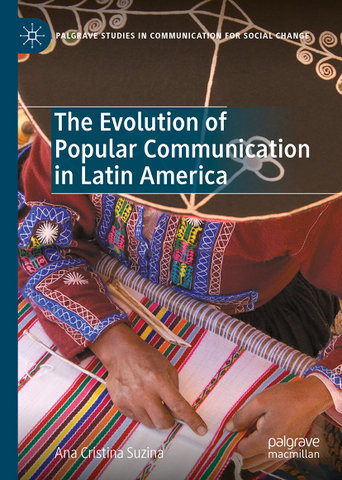 This book brings together twelve contributions that trace the empirical-conceptual evolution of Popular Communication, associating it mainly with the context of inequalities in Latin America and with the creative and collective appropriation of communication and knowledge technologies as a strategy of resistance and hope for marginalized social groups. In this way, even while emphasizing the Latin American and even ancestral identity of this current of thought, this book positions it as an epistemology of the South capable of inspiring relevant reflections in an increasingly unequal and mediatized world. The volume’s contributors include both early-career and more established professionals and natives of seven countries in Latin America. Their contributions reflect on the epistemological roots of Popular Communication, and how those roots give rise to a research method, a pedagogy, and a practice, from decolonial perspectives.

Ana Cristina Suzina is a Leverhulme Early Career Fellow in the Institute for Media and Creative Industries at Loughborough University London, and a member of IAMCR.