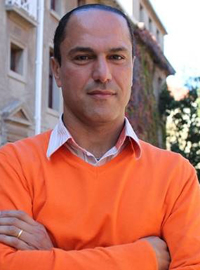 Dr. Ibrahim Saleh is Chair of the Political Mass Media Department at Future University and Director of the Public Opinion Polling Centre (POPC) in Egypt. Saleh is a Fulbright scholar, a senior media expert on the Middle East and North Africa (MENA), and an indexed scholar in the Media Sustainability Index (MSI). He is the Chair of IAMCR's Journalism Research & Education (JRE) section and the linchpin editor of The Journal of Transnational 'Worlds of Power': Proliferation of Journalism & Professional Standards. Saleh has published four books including Unveiling the Truth about Middle Eastern Media. Privatization in Egypt: Hope or Dope? (2003), Prior to the Eruption of the Grapes of Wrath in the Middle East (2006) and Visual Politics of War, published by Cambridge Scholars Publishing.