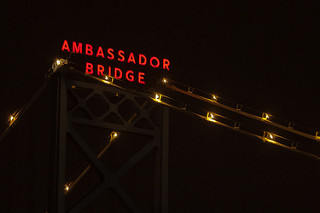 International Association for Media and Communication Research (IAMCR) began establishing a worldwide network of IAMCR Ambassadors in 2015 to promote and represent the Association in various countries and regions.

IAMCR Ambassadors are a passionate community of volunteers who creatively promote the mandate and distinctiveness of IAMCR as an international association of communication and media scholars, and  activate and support IAMCR members in the countries or regions where they are located.

Ambassadors explore opportunities to expand IAMCR's footprint in their country or region through publicity, events, and other strategies that will build and retain the Association's membership and reputation. These can include working with university departments, local and regional communication and media research bodies and think tanks, and NGOs involved in media advocacy and research.

IAMCR Ambassadors are chosen for their creativity, initiative and independence, as well as their connection with the academic community, their knowledge of IAMCR and the objectives that they stated in their proposed strategic plans. Ambassadors serve for 3-year periods. Ambassadors have a direct communication line to the presidential assistant but can also directly communicate with IAMCR entities (the EB, IC, C/TF/C, S/WG,…).

An IAMCR Ambassador's Group on Facebook has been set up as a space where the Ambassadors can post information on their activities for the wider IAMCR membership.

For more information, contact mazlum [at] iamcr.org (Mazlum Kemal Dağdelen), who is the coordinator of the ambassador initiative and the assistant of Nico Carpentier, IAMCR president. If you are interested in joining the Network, see the article Become an IAMCR ambassador.

Meet the ambassadors
IAMCR currently has ten faculty ambassadors from Bangladesh, India, Kenya, Portugal, Russia, Southern Africa (covering Botswana, Malawi, South Africa, Zambia and Zimbabwe) and United States, and five PhD ambassadors from Cyprus, Kenya, India, Nigeria and China. Each ambassador has a page where you can see their profile and read about their plans.
Read more
IAMCR Ambassador Initiative

Interview with IAMCR Russia Ambassador
In this article, Dr Gladkova talks about her activities and experiences as an IAMCR ambassador, and she shares some thoughts and experiences about the Nairobi 2021 Conference.
Read more
IAMCR Ambassador Initiative

Interview with IAMCR Kenya Ambassador
In this article, Dr Leah Jerop Komen, IAMCR Ambassador in Kenya, talks about her experience as an IAMCR ambassador, shares her thoughts and experiences as a member of the IAMCR 2021 Nairobi Local Organising Committee and reflects on the "no travel grant" initiative and the event she organised as a grant recipient.
Read more
IAMCR Ambassador Initiative

Interview with IAMCR India Ambassador
In this article, Dr Uma Shankar Pandey, IAMCR Ambassador in India, talks about his experience of being an IAMCR ambassador and shares his thoughts and experiences about the importance of online lectures as a source of open knowledge.
Read more
IAMCR Ambassador Initiative