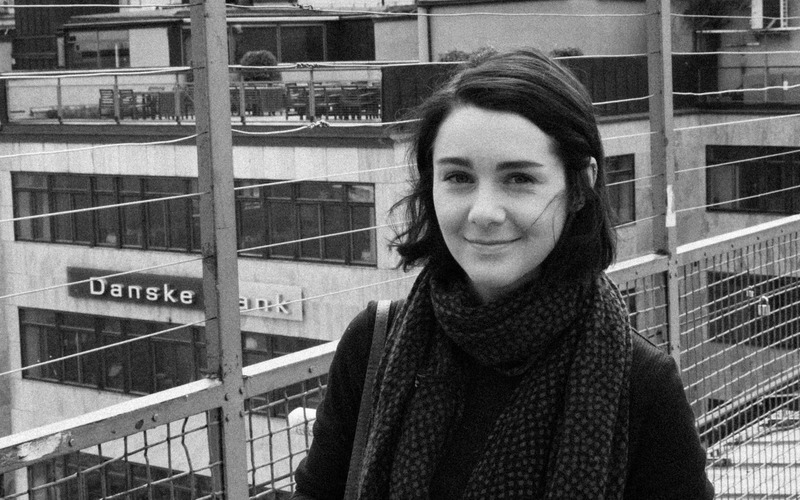 In its decision the selection committee noted that they were impressed with the coherence, originality and social relevance of this "innovative inquiry into the photographic re-imagining of climate change" and that it stood out among a strong field of candidates.

The prize will be formally awarded at IAMCR's 2017 conference in Cartagena.

Hanna E. Morris is a doctoral student at the Annenberg School for Communication at the University of Pennsylvania. At Annenberg, Hanna is researching the visual culture of climate change. Her past research focused on deciphering discourses of climate change in United States print and television news. Hanna received the Melis Medal for Most Outstanding Honors Research Project and Presentation awarded by the standing faculty at the University of California, Berkeley’s College of Natural Resources for her thesis titled: “Decoding Journalistic Climate Change Narratives: A Discourses Analysis of Climate Change Op-Eds Published in The New York Times and The Wall Street Journal during the Year 2013”. Hanna has an MSc in Media and Communications from the London School of Economics and Political Science (LSE) and a B.S. in Society & Environment with a concentration in Global Environmental Politics and minor in History from the University of California, Berkeley.

Title: Painting with Light: Climate Change and the Photographic Imaginary

Climate change is an “unreal” reality. The magnitude and extent of human-caused global warming (or, perhaps more aptly: global weirding) is so incomprehensible that—as Amitav Ghosh muses—novelists struggle to encompass climate change within realist prose (Ghosh, 2016). In other words, the climatic shift we—as human beings in the contemporary, Anthropocene moment—are experiencing is so fantastical that the literary form of novel cannot accommodate global warming without submitting to the genre of science fiction. The scale and speed of environmental change is—under our collective understanding of reality— too “unreal”. Just as the modern novel cannot accommodate climate change within realist plot and prose, photography—or, the modern art form of realist images—also falters. Photographic images of climate change fail to depict the extent of crisis. Photos of melting glaciers, floods, superstorms, industrial wastelands, and oil spills—or, images of “corrupted landscapes”—embody the vision of “pristine Nature” as signifying contrast. This way of seeing limits human vantage to a perceived position of dominion above and separate from “Nature”. The alleged mastery of “Culture” over “Nature” is, however, a perceptual fallacy complicit to the climate crisis (Latour, 2009; Merchant, 1980; Morton, 2007). A cohort of ecologically concerned photographers—in stride with fiction writers such as Amitav Ghosh—are aware of this dilemma and actively seeking creative solutions. My proposed research project will center on these photographic attempts to re-imagine and re-present the “unreal” reality of climate change. I will conduct a visual ethnography of the digital and on-site photographic exhibitions of: Laurence Aegerter (Amsterdam), Marie-Jose Jongerius (Amsterdam), Adam Jeppesen (Buenos Aires), Thomas Albdorf (New York City), Mishka Henner (Manchester), and Anastasia Samoylova (Miami)—including in-depth, semi-structured and unstructured interviews with each photographer. The guiding question(s) for my research will be: how do subversive photographers attempt to re-imagine/ re-present climate change beyond our perceptual limitations? And to what extent do these subversive images inform a theory of photographic aesthetics for the Anthropocene? The ultimate objective for my proposed research project will be an innovative inquiry into the photographic re-imagining of climate change.

Ghosh, A. (2016). The Great Derangement: climate change and the unthinkable.
Chicago: University of Chicago Press.

Latour, B. (2009). Politics of Nature: How to Bring the Sciences into Democracy.
Cambridge: Harvard University Press.