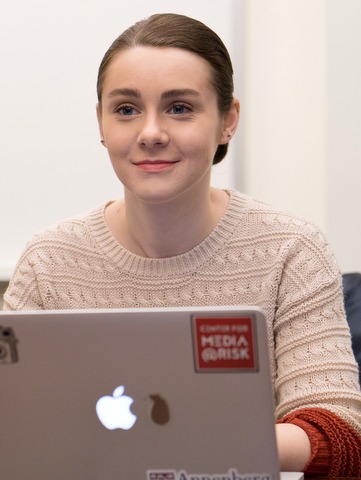 IAMCR is pleased to announce that the 2021 Prize in memory of Stuart Hall will be awarded to Hanna E. Morris for her paper "Constructing ‘Rights’ and ‘Wrongs’ in Climate Media Discourse Through the Prism of American Exceptionalism". The Selection Committee also selected for Honourable Mention, the paper by Dr Wunpini Fatimata Mohammed, titled "Why we need Intersectionality in Ghanaian Feminist Politics and Discourse".

Both papers have been accepted for presentation as Online Conference Papers at this year’s IAMCR’s Nairobi Virtual Conference to be held July 11-15, when the award will be conferred. Hannas' paper will be presented in the Environment, Science and Risk Communication Working Group and Wunpini's paper in the Gender and Communication Section. IAMCR congratulates both scholars for their achievement and thanks all the other applicants for submitting their work for consideration.

Hanna E. Morris is an interdisciplinary scholar of media, culture, and the climate crisis. Currently, she is a PhD candidate at the Annenberg School for Communication at the University of Pennsylvania where she is finishing her dissertation entitled “Apocalyptic Authoritarianism in the United States: Power, Media, and Climate Crisis.” Hanna’s research and writing have been published in various academic journals and popular media outlets including Environmental Communication, Media Theory, Reading The Pictures, and Earth Island Journal. She is the co-editor of the forthcoming book entitled Climate Change and Journalism: Negotiating Rifts of Time. Hanna's research has been recognized by the IAMCR New Directions for Climate Communication Research Fellowship, two Top Paper Awards from the International Communication Association, and the Best Student Paper Award from the Association for Environmental Studies and Sciences.

Now for the first time, the climate crisis is a popular issue that major United States media outlets have taken note of and are covering more often. Concerningly, though, a discursive paradigm is taking root that relies heavily on the notion of American exceptionalism and draws upon rhetorical mechanisms that distance rather than make visible the present and disparate threats of climate change. Through a critical discourse analysis (CDA) of special issues and cover stories dedicated to the climate crisis published between 2015-2020 across a selection of influential and politically diverse non-daily U.S. politics and news magazines, I argue that the image of Manifest Destiny limits the ways climate change is represented and interpreted by U.S. media through, in part, the stark binary of “moderation” and “extremism.” With clear “right” and “wrong” forms of climate politics delineated via the elevation of a moderate default subject position that either evacuates or erases positions deemed too extreme or militant, I argue that U.S. climate journalism risks endorsing responses that will make the crisis more as opposed to less severe.

This paper effectively uses Critical Discourse Analysis in interpreting climate crisis messages contained in 20 editions of influential news and politics magazines published in the United States between 2015 and 2020. The author argues convincingly that an unwarranted reliance on notions of American exceptionalism limits the manner of representation and interpretation of the climate discourse by US media. The magazines examined are seen by the author as employing stark binary positions of either 'moderation' or 'extremism'. She argues that these binaries inappropriately convey ideas of 'right' and 'wrong' forms of climate politics, an approach which she considers as instating 'acceptable' moderate positions as right, and erasing or marginalising as 'wrong' positions which are seen to be 'extreme' or 'militant'. The author argues that climate journalism in the United States "risks endorsing responses that will make the crisis more as opposed to less severe."

The paper is elegantly written and its arguments are empirically substantiated by critical evaluations of a broad span of special issue news magazines. The author analyses both their editorial positions and their visual imagery as representations that help to condition public responses to the crisis. The analysis addresses issues of power, media roles and representation in the United States. Of the various submissions that address the politics of representation, this was by some margin the most accomplished. Where others simply analyse how media representations are organized, Morris demonstrates their central role in reproducing prevailing ideology- a central theme in Stuart’s work. The paper deploys a wide range of other historical and contemporary thinkers on issues of myth, perception and truth. Morris' challenging and engaging intervention calls for a "paradigmatic shift in US climate discourse," in order to "foster different, more equitable and robust forms of climate governance." It is a challenge that will resonate well beyond the borders of the United States. 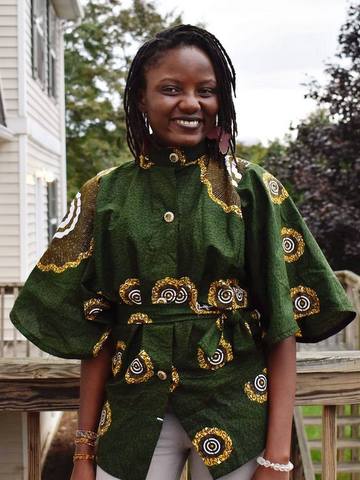 Dr. Wunpini Fatimata Mohammed is an assistant professor of global media industries in the College of Journalism and Mass Communication at the University of Georgia. She earned a Bachelor of Arts degree at the University of Ghana and a master’s degree at Michigan Technological University. She completed her PhD in Mass Communications with a minor in Women’s, Gender and Sexuality Studies and an African Studies concentration at the Bellisario College of Communications at the Pennsylvania State University. She is co-editor of the book, African Women in Digital Spaces: Redefining Social Movements on the Continent and in the Diaspora (forthcoming 2021). She has worked as a radio journalist in Ghana for several years and has done some public scholarship on Al Jazeera, Africa is a country, Global Voices,Okay Africa, and several Ghanaian media platforms including the Ghana Broadcasting Corporation. Her research which focuses on feminisms, decolonization, broadcast media, development communication, indigenous African media and political economy of communication have appeared in the Howard Journal of Communications, Journal of Radio & Audio Media, and ADA: A Journal of Gender, New Media & Technology.

Why we need Intersectionality in Ghanaian Feminist Politics and Discourse

The Stuart Hall Award was established at IAMCR's Hyderabad Conference in 2014 to celebrate his lasting contribution to scholarship in communication and culture, and to commemorate his world renowned and exemplary work. Stuart Hall’s writings, inspirational mentoring and teaching, his intellectual leadership, and political vision, all helped to shape the study of communication in decisive ways.