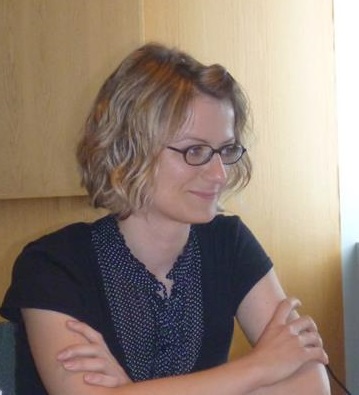 IAMCR is pleased to announce that the 2016 award in memory of Herbert I. Schiller will be presented to Kamilla Petrick, a post-doctoral researcher in the Department of Interdisciplinary Studies at Lakehead University in Ontario and a lecturer in Communication Studies at York University (Canada).

Dr. Petrick holds a doctorate in political science and two prior degrees in media studies. Her research interests include social movements, political economy, temporality, collective memory, and the role of technology in social transformation. Her work has appeared in Fast Capitalism, Time & Society, Studies in Social Justice, Globalizations, and Convergence: The International Journal of Research Into New Media Technologies. She lives and organizes in Toronto.

Dr. Petrick’s paper, “Media, Memory and Movements,” offers a very original perspective on the role of media as means of sustaining the collective identity and historical memory of social movements. It is interesting, relevant and compelling as a way of conceptualizing and documenting movements and their histories. The author’s empirical work on the subject of the alter-globalization movement is equally compelling, and it is aptly illustrative in support of her argument. In the abstract of her paper, Dr. Petrick wrote:

"Media, Memory, and Movements" deploys an interdisciplinary theoretical framework grounded in Canadian communication theory in order to examine critically the potential of new media to empower the collective memory of contemporary social movement actors. Using original empirical research on the alter-globalization movement in Canada, the paper posits that while the internet and related technologies can serve as a potentially unlimited virtual repository of "activist memory," the same high-speed digital technologies are simultaneously militating against strong activist memory by diminishing individual, cognitive memory upon which collective memory fundamentally depends, as well as by profoundly altering the hegemonic temporal conditions in which a robust and "living" collective memory may thrive.

The Herbert Schiller prize was established at IAMCR's Singapore Conference (2000) to celebrate Herbert's lasting contribution to communications scholarship and to remember his work in helping to establish IAMCR as a open, hospitable and vital space of debate. He was one of the founders of the Political Economy Section and served as Vice President of the Association.

The members of the Schiller Award Selection Committee were:

The award will be formally presented on 27 July during the opening plenary session of IAMCR's 2016 conference in Leicester UK.

Dr. Petrick will present her paper during a session on Media Activism and Contentious Politics on Saturday 30 July from 09:00 - 10:30 in Room 2 of the Attenborough Seminar Block.