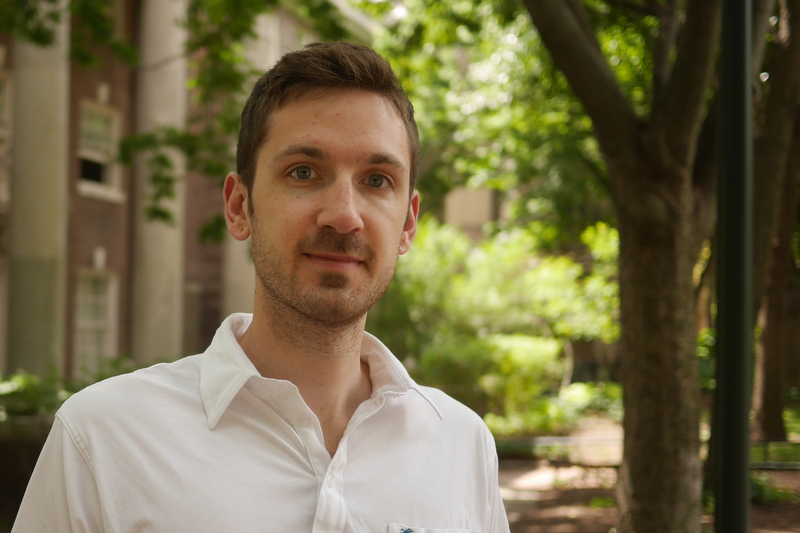 IAMCR is pleased to announce that the award committee for the 2017 prize in memory of Dallas W. Smythe has declared a tie, with the prize to be shared jointly by two authors: Hannah Spyksma (PhD Candidate, Queensland University of Technology (QUT), Australia) "Unintentional journalism and advocacy in the Pacific: Blurring the boundaries or a niu approach to reporting global news?" and Lee McGuigan (PhD student University of Pennsylvania) "The Productive Capacity of Commercial Television: An Approach for Analyzing Media Systems  in Society".

In its decision the committee remarked that "both papers demonstrated interesting discussions and innovative political economy of communication frameworks. At the same time, the two studies are well written, original and reflect Dallas Smythe's spirit of critical analysis."

Lee McGuigan is a PhD candidate in the Annenberg School for Communication at the University of Pennsylvania. He studies the business and cultural histories of television and advertising, the sociology of markets and consumption, and the political economy of technology. Lee is a graduate of the University of Western Ontario’s Faculty of Information and Media Studies. He is co-editor (with Vincent Manzerolle) of The Audience Commodity in a Digital Age: Revisiting a Critical Theory of Commercial Media (Peter Lang, 2014).

In his paper, he propose that productive capacity can be developed as a critical lens through which to investigate the political economy of media and culture. Productive capacity, as a heuristic, offers a set of analytic tools and lines of historically-inclined inquiry that help us investigate and understand how media systems construct and are constructed by symbolic and material realities. To outline this approach, I analyze commercial television in the United States as a sociotechnical system oriented around the production of consumers. While “capacity” implies the maximal limits of industrial output, the term also refers to biases and pressures encoded in technical and administrative infrastructures. Productive capacity, in short, is a diagnostic of the conditions of possibility set by institutionalized configurations of a sociotechnical system. The paper identifies some of the theoretical foundations for this approach in political economy, cultural studies, and the history and sociology of technology, and it suggests that capacity is, and has been (implicitly), a key concept for thinking about media, technology, and society.

Hannah Spyksma is a researcher and writer from Aotearoa, New Zealand. She comes from a small beach town in the far north and for as long as she can remember, has been drawn to and influenced by the Pacific Ocean. This curiosity for the ocean and the world it connects her to has led Hannah to study journalism and to research themes connected to identity, place, community and media. As part of her ongoing work she has traveled to and lived across the Pacific and Europe and currently resides in Brisbane, Australia. Hannah is a doctoral fellow at Queensland University of Technology where she continues to combine her research interests as part of an international project exploring the emerging forms, practices and uses of ‘journalism beyond the crisis’.

Her paper argues that one way to conceptualise Non-Governmental Organisations (NGOs) engaged in reporting is as “Unintentional Journalists”. Based on a case study of the Pacific branch of global NGO 350.org, the research suggests 350’s members who produced reports about the passing of Cyclone Pam in Vanuatu, 2015, intended to produce advocacy and in doing so, unintentionally acted to fill a global news gap for climate reporting from the Pacific region. Consequently, 350’s approach to producing news seems to not only respond to some of the journalism needs of the Pacific region. It could also offer an opportunity to start teasing out characteristics of a potential niu (new), participatory approach to journalism in and about the region; based on being in service to communities. In turn, this raises questions for wider discussions about journalism’s boundaries: whether a news product can act as both a product of advocacy and journalism, whether such binary distinctions are still relevant in today’s chaotic, evolving global mediascape.