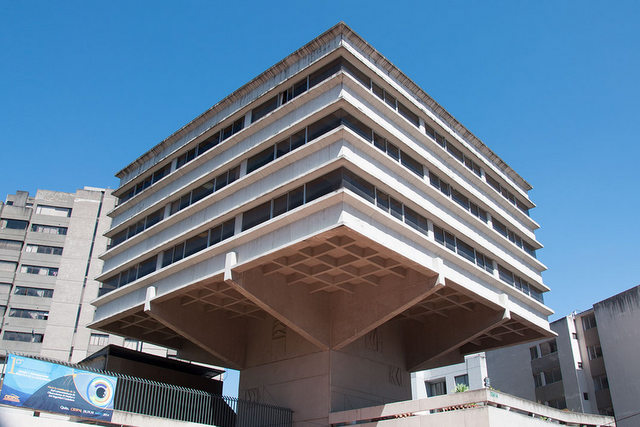 Based in Quito, Ecuador, CIESPAL, the International Center for Higher Communication Studies for Latin America, has played an important role in journalism education in Ecuador and Latin America and a leading role in communication debates in the region and globally.

CIESPAL was established as an initiative of UNESCO in 1959, two years after IAMCR, and an important share of its budget has always been provided by the government of Ecuador. For the past 3 years CIESPAL's funding has been progressively cut and it is now on the edge of a possible closure.

A petition requesting that Ecuador’s president, Guillermo Lasso, intervene in support of CIESPAL was initiated, and, following the recommendation of IAMCR’s Clearinghouse for Public Statements, was signed by IAMCR president, Nico Carpentier, on behalf of the association on 8 November 2021.

IAMCR members were encouraged to sign the petition. An English translation of the petition is copied at the bottom of this page.

On 30 December we received a letter from Gissela Dávila, director general of CIESPAL. In it she thanked IAMCR members for their support and informed us that on 27 December 2021 CIESPAL and the government of Ecuador reached an agreement in which the government agreed to meet the financial obligations that will allow CIESPAL to keep working for "the right to communication, respect for freedom of expression, the democratization of communication and the training of communicators and journalists in Ecuador, and the Latin America and the Caribbean region."

I am writing to thank you for your generous and decisive support in defense of the International Center for Higher Communication Studies for Latin America, CIESPAL, by signing the LETTER OF SUPPORT, which was circulated in previous months.

Together with you, more than a thousand communicators, academics, students, journalists, former scholarship holders, researchers, from the social sciences and others, expressed their support for our Center that, for 62 years, has dedicated its best efforts to make possible the right to communication, respect for freedom of expression, the democratization of communication and the scientific training of communicators and journalists in Ecuador, and the Latin America and the Caribbean region.

For those of us who make CIESPAL, your support encourages us to continue fighting for these goals and commits us to deepen our action in the creation and dissemination of critical communication thinking.

Today we come to you with good news since the situation of this 2021 was resolved on December 27, with the signing of the agreement where the Ecuadorian State recognized and fulfilled its commitment for this year, allowing us to meet the obligations to the team that kept CIESPAL active and moving.

We take this opportunity to reaffirm our commitment to democratization and the study of communication, which remains firm. Count on us in this path to continue weaving solidarity networks, transparent and fighting for rights.

Our gratitude for your support.

Guillermo Lasso Mendoza
Constitutional President of the Republic of Ecuador

We hereby extend our cordial greetings and best wishes for success in your delicate functions.

We come to you as citizens and representatives of organizations that work in different areas of communication, both from academia and the practice of journalism itself, with an alarming concern.

We know that due to the lack of understanding of officials of the previous government, the International Center for Higher Communication Studies for Latin America - CIESPAL has been suffocating economically. This situation is being experienced since 2018, when a budget cut of 50% was made and continues with further cuts year after year, until reaching the current moment in which even the workers are unpaid. This is the worst economic moment, in 62 years of this institution, since CIESPAL has not received any response about its funding agreement for this year or about the security of continuing support from the Ecuadorian State in the future.

With this background we come to you, with the conviction of being heard and ask you to interpose your good offices so that CIESPAL does not have to undergo a painful closure, where not only its workers would lose, but also communication and journalism in Ecuador and Latin America.

We hope and trust that you will be sensitive to the situation that CIESPAL is going through at this time and we are sure that we can count on your support so that future generations, like us, can continue training and specializing with the highest quality standards.

This signing of this petition was agreed by the Clearinghouse for Public Statements and approved by IAMCR president, Nico Carpentier. The Clearinghouse processes statements and/or manages the process of signing statements generated by others, that are principally concerned with issues relating to media/communications and where IAMCR members have substantive scientific expertise that provides a basis for seeking to influence discursive or material practice.