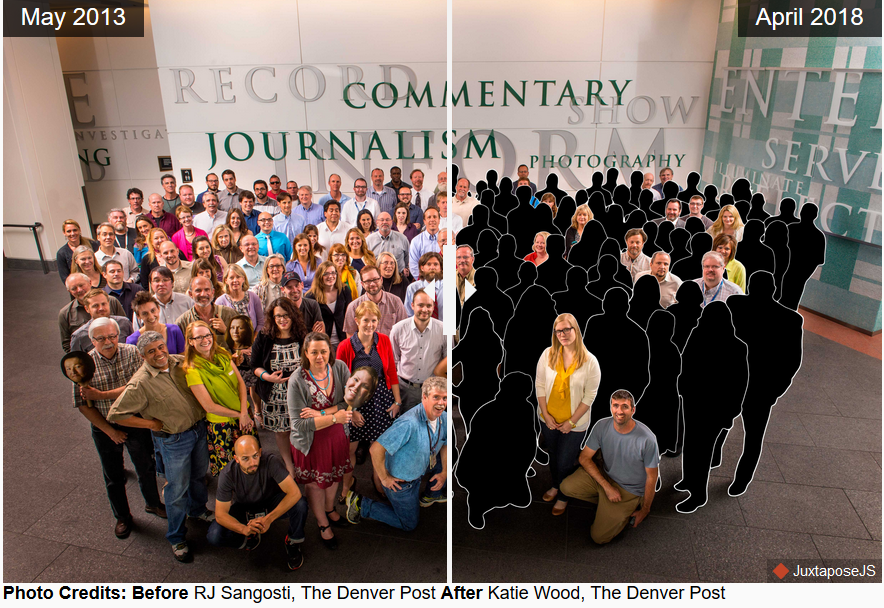 19/04/2018 - IAMCR gives its support to faculty members of the University of Colorado Boulder’s College of Media, Communication and Information protesting against the staff cut strategy of Alden Global Capital, a hedge-fund investment company, and owner of the one remaining daily newspaper in Denver, Colorado, The Denver Post. This absentee owner demonstrates no interest in operating sustainable news organizations, and shows no interest in the public value of informed professional journalism, but prefers instead to siphon revenues off to unrelated business ventures. For more info see: Denver Post Editorial and The New York Times.

Everywhere independent journalism is under threat in different ways for a variety of reasons. If the US starts to have cities with no local daily newspapers, what is likely in other, less well-resourced, countries? Do digital sites of unknown trustworthiness become the main alternative source for news? IAMCR supports the move by academic colleagues to resist the decimation of the press wherever it is happening. It is crucial to defend the essential role of professional journalists in providing the independent accurate reporting by the press and the considered analysis required to support informed public deliberation on vital issues of common concern.

On April 10, members of the faculty of the University of Colorado Boulder's College of Media, Communication and Information published a statement in support of current and former employees of The Denver Post, Colorado's leading newspaper and subsequently requested that IAMCR's Clearinghouse on Public Statements consider preparing a statement in support. The text of the faculty members' statement is at https://www.colorado.edu/cmci/localnewsmatters. During their discussions, some members of the Clearinghouse noted that the the issue is not local to Denver or to the United States. It is being experienced in many other countries.

Further information and commentary on the issue can be found at Denver Post Editorial and The New York Times.

This text of IAMCR's statement was drafted by the Clearinghouse for Public Statements and approved by Professor Janet Wasko, president of IAMCR.