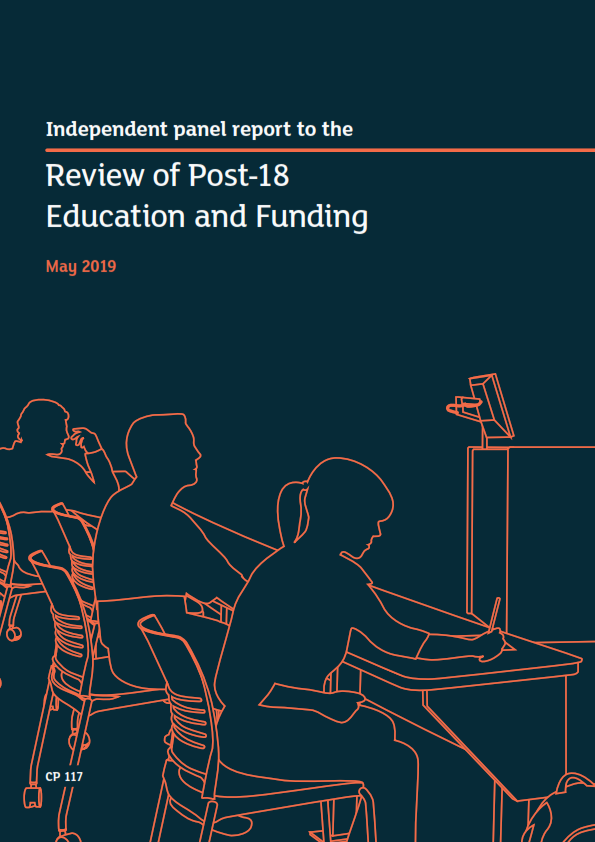 The Augar Review Report addresses the growing impact of student loans on government finances (now reckoned to account for some £120 billion worth of debt) and proposes a recalibration of financing of Further and Higher Education in the UK. Set up by Prime Minister Theresa May, the report has serious implications for the funding of teaching and research in media and communication.

It recommends cutting tuition fees from £9250 to £7500 a year without a guarantee that government would make up the shortfall. This will leave the sector annually some £1.8 billion worse off. Subjects deemed "valuable" to the economy could receive additional government funding - largely in STEM (Science, Technology, Engineering and Maths) areas. Subjects deemed less “valuable”, such as media and communications programmes, and others in arts, humanities and social sciences, could be diminished or scrapped. The Report argues that these receive a disproportionate amount of public funding in contrast to STEM subjects which, it argues, “are better aligned with the economy’s needs”. Media and communication programmes are seen as “low value degrees” despite their vital contribution to the knowledge economy, the cultural and creative industries and democratic well being. In the UK, the creative industries account for 1 in 11 jobs, employing 700,000 more people in 2017 than the financial services sector.

The Report is based on an instrumental and utilitarian understanding of education that measures virtually everything in terms of economic value and that fails to appreciate the importance of creative and critical scholarship and research. It contains a few welcome proposals (such as more investment in Further Education) but these are buried under proposals that will intensify inequality, destabilise universities and greatly diminish the importance of media and communications research and pedagogy.

We urge colleagues, wherever they are based, to lobby the UK government urgently to make sure these proposals do not become UK Higher Education policy. We also urge colleagues to join calls for action in other countries when similar policy moves threaten education in our field.

Write to Chris Skidmore MP, UK Minister of State for Universities, Science, Research and Innovation at: chris.skidmore.mp [at] parliament.uk as well as your local MP if you reside in the UK.