Back to the Newsletter 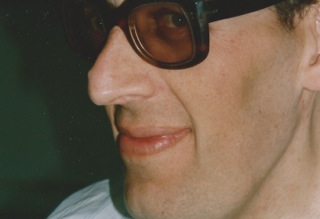 Dr. Karol Jakubowicz was Chairman of the Intergovernmental Council of the UNESCO Information for All Programme, and Chairman of the Steering Committee on the Media and New Communication Services at the Council of Europe. He worked in academia at the University of Warsaw, as visiting professor at the University of Dortmund, and at the Amsterdam School of Communication. Dr. Jakubowicz also worked for many years at the National Broadcasting Council of Poland. He served as an expert on the media in Poland, as well as for the European Union, European Broadcasting Union, and the Organization for Security and Co-operation in Europe. He widely contributed to the development of democratic media regulation in Poland, and - with his valued recommendations and expertise - in several other countries in Central and East Europe.

His scholarly and other publications on media and communication were published in Poland and internationally. The most recent ones include: “Rude Awakening. Social and Media Change in Central and Eastern Europe” (2006), “Media publiczne. Początek końca czy nowy początek” [Public Service Media: The Beginning of the End, or a New Beginning] ( 2007), “Polityka medialna a media elektroniczne” [Media Policy and Electronic Media]  (2008), “Unia Europejska a media. Pomiędzy kulturą a gospodarką” [The European Union and the Media: Between Culture and the Economy] (2010), "Nowa ekologia mediów: Konwergencja a metamorfoza" [New Media Ecology: Convergence and Metamprphosis] (2011), "‪Media Transformations in the Post-communist World: ‪Eastern Europe's Tortured Path to Change" (with Peter Gross, 2012) as well as background report “A new notion of media?” prepared for the 1st Council of Europe Conference of Ministers Responsible for Media and New Communication Services (2009).

Karol Jakubowicz was a visionary, and a true public servant. We all feel privileged to have been able to get to know Karol. He was a warm, attentive, intellectual man who inspired everyone around him. He was exceptionally well informed on many issues - on media transformations and the need for policies, new technologies and broadcasting changes. He was influential in following his beliefs. He was very honest. CEE region has lost an intellectual giant. His generous spirit will be part of our collective memory for the years to come.

In the name of ECREA Central and Eastern European Network 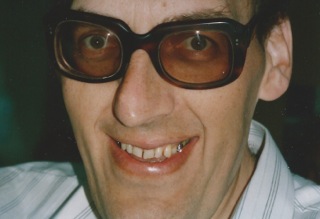 A memorial session commemorating Karol's contribution will be held at the IAMCR Dublin conference on 29 June 2013, 14h00-15h30.

The pictures of this article were taken by Brenda Dervin