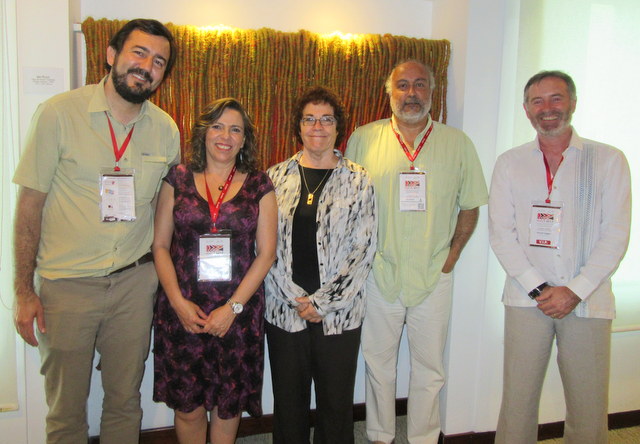 During IAMCR’s Cartagena conference, members of the boards of IAMCR and the Latin American Communication Researchers Association (ALAIC) held a meeting to discuss current and future joint activities.

Since 2010, IAMCR and ALAIC have been organising dialogues and developing common actions. They have organized joint panels and meetings, and encouraged colleagues from both organisations to join the other’s various regional and international activities.

Over the next few months, the associations will be in contact to prepare and develop events to analyse issues such as the current state of communication research, labour conditions of communication researchers and teachers, and academic evaluation. These will include the organisation of joint discussions during their conferences – IAMCR’s in Oregon and ALAIC’s in Costa Rica.

Next year is also special because it celebrates the centenary of the Argentine university reform of 1918 that began a period of modernisation and democratisation of Latin American universities, the 40th Anniversary of the creation of the MacBride Commission, and the 50th Anniversary of Paris 1968 movements.