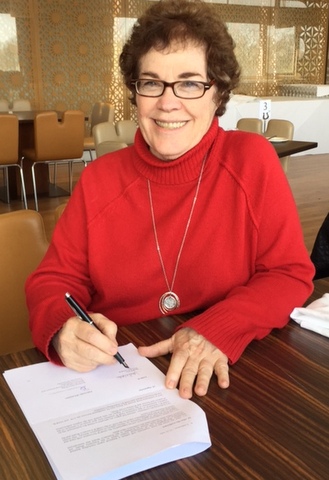 Announcing the decision, IAMCR president Janet Wasko recalled that when IAMCR was last held in Leicester, in 1976, it was attended by 300 people from forty countries. "The 2016 conference will be considerably larger, representing the growth of media and communication research around the world as well as IAMCR's growth. Many of our key members have been associated with the University and we look forward to celebrating these historical connections."

Peter Lunt, head of Leicester's Department of Media and Communication and chair of the local organising committee, also recalled the historical links with IAMCR. "Jim Halloran, the founder of the Centre, played a significant role in the development of IAMCR during his time as president (1972-1988) and strong links between the Association and the Department of Media and Communication at Leicester continue today. The conference will be an opportunity to reflect on the role of media and communication in memory and commemoration as well as the history and future of media research.”

The conference's theme, Memory, Commemoration and Communication: Looking Back, Looking Forward, is particularly appropriate for marking the 50 years of media and communication studies in Leicester while also anticipating IAMCR's own 60th anniversary, which will be celebrated in 2017.