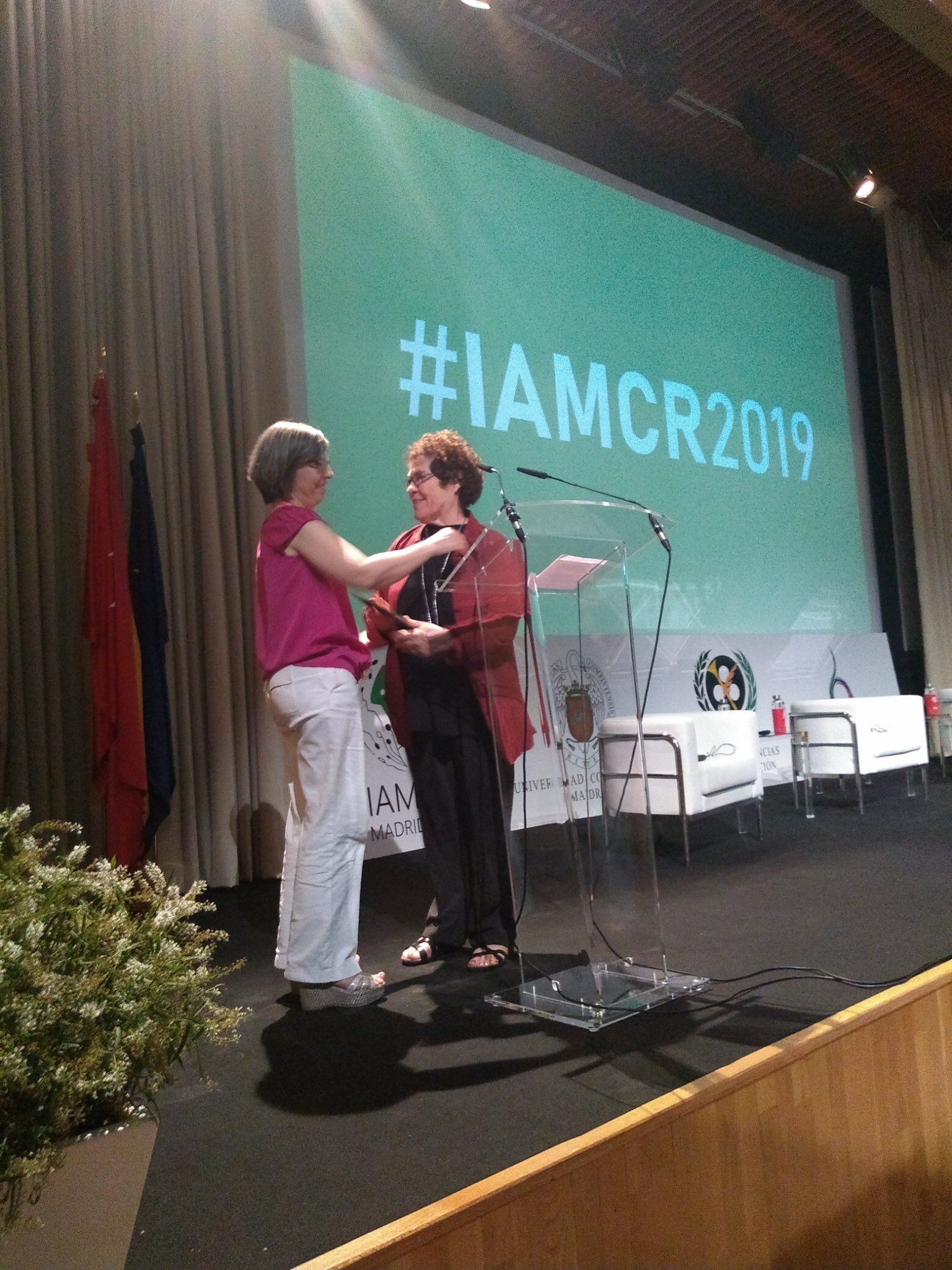 Professor Helena Sousa, a long-time member and supporter of IAMCR, was presented with a Distinguished Contribution Award during the third plenary session of IAMCR's 2019 conference in Madrid, Spain. Helena was head of the Local Organising Committee for IAMCR's 2010 Conference in Braga. She has served as Chair and Vice Chair of IAMCR's Political Economy Section, and is now an elected member of the International Council, as well as currently heading the Membership Committee.

"She is an exceedingly kind individual who I want to thank for her consistent and generous contribution to the Association" were the current president Janet Wasko's words when she announced the award.

Helena Sousa is Professor of Communication Sciences and Dean of the Social Sciences School (Instituto de Ciências Sociais) at the University of Minho. She is in charge of the coordination of several pedagogical and scientific projects within the institute. She is Editor of the European Journal of Communication and Vice-President of the Scientific Council for Social Sciences and Humanities at Portuguese National Science Foundation (FCT). She is also Full member of the Euromedia Research Group. Her main research interests include media policy and regulation topics, as well as the particular intersection of the political economy of communication with journalism.

IAMCR is supported by the voluntary contributions of many people, including some 75 Section and Working Group chairs and deputies, 30 members of its International Council, a five-member Executive, many members of various committees and task forces, and more than 2,000 active members of the association.