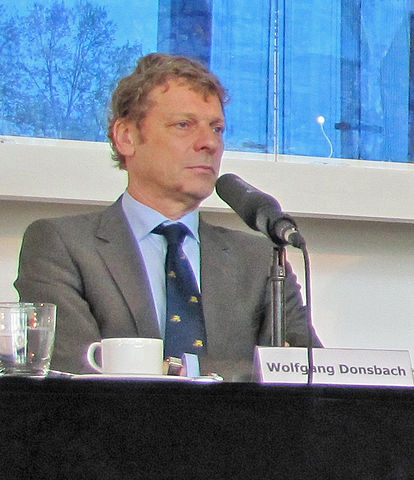 IAMCR joins the international community in mourning the death of Wolfgang Donsbach, who passed away July 26, 2015.

Prof. Donsbach was a member of IAMCR’s International Council from 1992 through 2002, when he served as the head of the Sociology and Social Psychology Section. The section is now called Mediated Communication, Public Opinion and Society.

In 1992, Prof. Donsbach organized and chaired a joint session of the World Association for Public Opinion Research (WAPOR) and IAMCR on “Mass Media and Public Opinion” at the IAMCR conference in Sao Paulo, Brazil. In 2001, he served as the Chairman of the Program Committee for the first joint symposium of the International Communication Association (ICA) and IAMCR on “Digital Divide“, in Austin, Texas.

As recalled by Wolfgang Kleinwächter, Prof. Donsbach, as president-elect of ICA, organized the Joint IAMCR/ICA Workshop on Internet Governance in Dresden in July 2006. This workshop was notable for creating the Global Internet Governance Academic Network (GIGANET).

Wolf was a friend, colleague and mentor to many IAMCR members, who will greatly miss him. IAMCR offers its sincere condolences to his family.