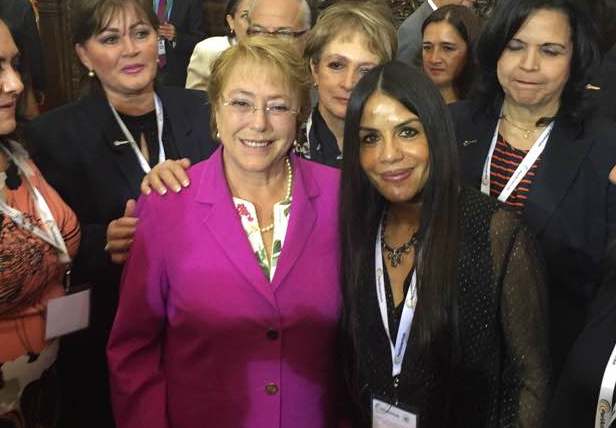 Aimée Vega, Vice-president of the International Association for Media and Communication Research (IAMCR), has been elected to chair the Global Alliance on Media and Gender (GAMAG). Her mandate runs until December 2017, when the Alliance will hold its next General Assembly. Carolyn Byerly, a feminist scholar and member of IAMCR's GAMAG Task Force, will serve as chair of the Alliance’s Research Committee.

The Global Alliance on Media and Gender was launched by UNESCO at the first Global Forum on Gender and Media in Bangkok, Thailand in December 2013, which was attended by more than 500 organisations, including IAMCR. Its main goal is to achieve gender equality in and through the media. In particular, its interest is to follow up on the implementation of Section ‘J’ of the 1995 Beijing Declaration and Plan of Action”.

In 2014, the Alliance established a 15-member International Steering Committee (ISC) to guide its work. The ISC is comprised of one representative from each UNESCO region, as well as representatives from the media, civil society and governmental agencies. Aimée Vega was elected Chair of both GAMAG’s Research Committee and the Latin America and the Caribbean Regional Chapter.

IAMCR created the Task Force on GAMAG to coordinate the association’s contributions to the Alliance. Members Margaret Gallagher, Carolyn Byerly, Claudia Padovani, Lisa McLaughlin, Kaitlynn Mendes and Gitiara Nasreen, chaired by Vice-President Aimée Vega, actively contributed to the success of GAMAG over the past three years, including participation and public statements at Commission on the Status of Women in 2015 and 2016, a 2015 position paper on Sustainable Development Goals, participation and influence on the final declaration of the World Press Freedom Day in 2016, and collaborating with UN Women in 2016 in the development of a set of Standards on Gender Equality for media industries and regional initiatives.

Aimée Vega's election is a recognition of IAMCR's commitment to gender equality and social justice in media and ICTs and, at the same time, puts research and knowledge in a prominent position on GAMAG’s agenda.