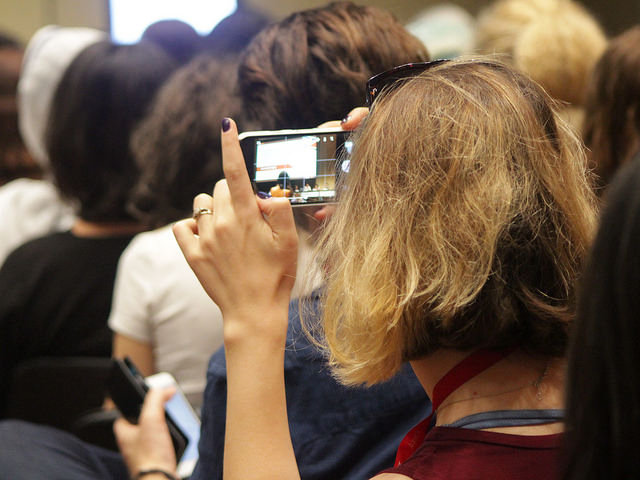 In this article IAMCR's executive director, Bruce Girard, looks at who the 1,389 people who went to IAMCR 2017 were. IAMCR aims for diverse participation at its conferences and, while we can always do better, the article concludes that 2017 was a pretty good year.

IAMCR is dedicated to global inclusiveness and committed to organising conferences that provide opportunities for debate, dialogue and learning among media and communication researchers from all over the world. The association particularly encourages the participation of emerging scholars, women and those from economically disadvantaged regions. This commitment to diverse and inclusive participation is not just because we want people to have a chance to participate (which we do), but because engaging with more and different perspectives benefits us all.

With the 2017 conference behind us, it's time for some reflection and evaluation. The conference registration database offers some useful insights for evaluating to what extent we achieved the goals of inclusiveness and diversity.

To begin with, the conference attracted a total of 1,389 registered participants and in terms of the participation of emerging scholars and women, the data are unequivocal. Fifty-seven percent of conference participants were women and 37% were students.

Participants came from 67 different countries, so overall Cartagena attracted a few dozen more people than last year's conference in Leicester, but they came from fewer countries. Leicester's participants came from 77 countries. One reason for this was that getting to Colombia was a challenge for many people from smaller countries outside of the region. Colombia, like the UK, requires visas for visitors from almost all African countries, but it has consulates in only 6 while the UK has them in 37. The situation is similar in other regions of the world. For many people, merely applying for a visa was an odyssey. The 2018 conference in Oregon will have its own visa issues (and the local organising committee is putting plans into place to deal with them), but the United States has consulates in practically every country of the world, so at least the first step, applying for a visa, won't be the challenge it was for many in 2017.

The primary reason behind IAMCR's practice of holding its conferences in different places around the world, especially in countries of the so-called "global south", is to make it possible for people from all regions of the world to attend. Forty-nine percent of the participants at our 2014 conference in Hyderabad, India were from low or middle-income countries (per capita national income less than 12,700 USD). Two years later, when the conference was in Leicester, 76% of the participants were from high-income countries, but almost one third of those were students, primarily from Europe, many of them only able to attend because the conference was in their region.

This year 54% of the participants were from low or middle-income countries and of the ten countries with the largest delegations, four of them are Latin American (Colombia, Brazil, Mexico and Chile). In the last 13 years, IAMCR has been to Latin America three times (Porto Alegre 2004, Mexico 2009 and Cartagena 2017), so every few years many people from the region have been able to attend. Some people think that IAMCR should hold fewer conferences so they can attend them all, but others value the fact that we regularly convene them in the global south so they can at least attend once in a while. If we only held a conference every two years, Latin Americans might have to wait a long time until the next accessible one.

While there was strong representation from the region, Latin America didn't dominate. Asia, Europe, Oceania and North America also had countries in the top ten (United States, United Kingdom, Spain, Australia, Canada and China). Of course, these figures don't only point to IAMCR 2017's geographic diversity, but also its linguistic and cultural richness.

IAMCR seeks to make all its conferences inclusive and diverse. Ensuring the participation of scholars from different regions, with different perspectives and encouraging the participation of emerging scholars, women and those from economically disadvantaged regions is an important part of achieving that diversity. While we can always do better, in terms of overall participation, we can be proud of our achievements in 2017.

Note: Understanding who went to IAMCR 2017 is only one of many inputs into an overall evaluation of the conference. Another is the online survey that all participants have been asked to complete. If you have already completed it, thank you for taking the time to help us make future conferences better. If you haven't completed it, it will remain open until 17 September and we'll send you a reminder with a link to it before then. The heads of the sections and working groups will also evaluate the work done within their thematic groups. Some members have sent in their own reflections, some of which we have published on the website. Your contributions are welcome.