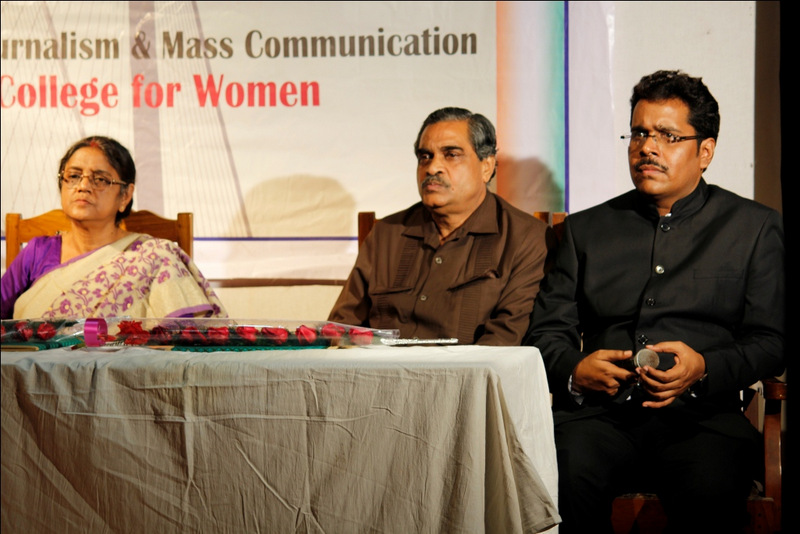 An IAMCR conference on news literacy, organized by the Department of Journalism and Mass Communication, Surendranath College for Women, Kolkata, India was held on January 18, 2016. An initiative of Dr. Uma Shankar Pandey, IAMCR's ambassador in India, the conference was attended by more than 150 participants from all parts of India.

Dr Sunetra Sen Narayan and Dr Shalini Narayanan, both from the Indian Institute of Mass Communication, presented their paper "News Narratives in Indian Television: An Analysis", over video conference from New Delhi.

Thirty-six papers, accepted for presentation by peer review, were presented at parallel sessions throughout the day. Among the themes featured in the technical sessions were: Challenges to Traditional Journalism, Contours of Citizen Journalism, Media Literacy in India, Approaches to Media Ethics, and News on Social Media. Most sessions were followed by lively interactions.

Dr Anubhuti Yadav, IIMC presented her paper on "Media and Information Literacy in India: The story so far" by video conference in the final session. The Valedictory address was offered by Dr Buroshiva Dasgupta, Director of the NSHM Institute of Media and Design.

Participants represented ten different states from all parts of India. A four-page tabloid was released at the conference. A majority of them were post-graduate students.

Videos of some of the presentations are available on YouTube. You can also watch an entertaining two-minute audio visual presentation introducing the theme. It was prepared for the conference by the students of Department of Journalism and Mass Communication, Surendranath College for Women, Kolkata.