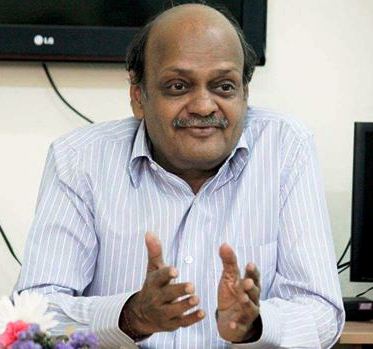 The International Association for Media and Communication Research (IAMCR) joins in mourning the death of Prof. KM Shrivastava, August 28, 2015, and sends sincere condolences to his family, colleagues and friends. Prof. Shrivastava was a veteran IAMCR member and served as an IAMCR Delegate to the UN World Summit on the Information Society at Geneva in 2003 and Tunis 2005. We mourn the loss of a loyal and active member and will miss his contributions.

Prof KM Shrivastava senior-most professor at Indian Institute of Mass Communication (IIMC) New Delhi, collapsed suddenly last Friday night (28 August) at the Nizammuddin Railway Station, New Delhi. He was 63. He had just returned to Delhi from IIMC -Jammu and reached Nizammuddin Railway Station from the Delhi Airport to board a train for Bhopal. Prof Shrivastava was with a former student, who had come to drop him at the station, when he collapsed. Prof Shrivastava was rushed to All India Institute of Medical Science's Trauma Centre but was declared dead on arrival.

Prof KM Shrivastava was a dedicated media educationist and as professor at IIMC for more than 25 years he had done pioneering work in training journalists from developing countries, specially from Africa and South East Asia. He also ran the well-sought after special media sensitisation programme for personnel from the Indian Armed forces, para military and police. Presently, he was mentoring students in all the new branches of IIMC  across the country.

Prof Shrivastava was a veteran member of IAMCR  and had been an IAMCR Delegate to the UN World Summit on Information Society at Geneva in 2003 and Tunis 2005. He was a prolific writer on media issues and had authored many books. One of his recent books was 'Social Media in Business and Governance' published in April 2013.

A formar journalist with a long stint with news agencies and newspapers Prof. Shrivastava joined media education in Patiala University at the peak of terrorism in Punjab. He later served at Makhanlal University before joining Indian Institute of Mass Communication, his alma mater.

Prof. Shrivastava was the course director of the special SAARC workshop for media persons organised by the Kathmandu based SAARC Information Centre (SIC) at IIMC-New Delhi, last year.

On Saturday afternoon, Prof. Shrivastava's  body was briefly kept in the IIMC-New Delhi Campus for students and faculty to pay homage and was later flown to Bhopal - his hometown, for cremation on Sunday.

Prof Shrivastava was a bachelor and is survived by his mother and four sisters.

Condolence Messages can be emailed to kms.in.memorial [at] gmail.com to be read out at the Memorial Meeting on 9th September 2015 at New Delhi.