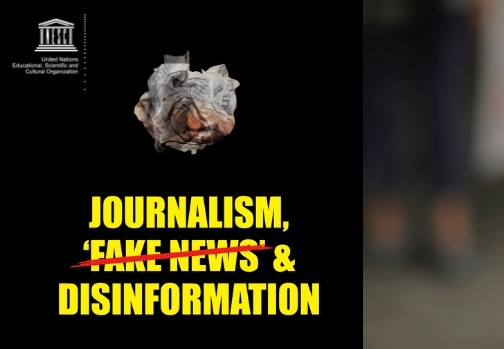 UPDATE: On 19 March IAMCR appealed to its members for help translating “Journalism, Fake News & Disinformation” into new languages. According to UNESCO, 200 proposals were received and the handbook is being translated into 30 new languages. Thank you to all the IAMCR members who offered to help! See UNESCO's article about the appeal.

As disinformation escalates amid the pandemic, so too does the urgency of strengthening journalism so as to secure public interest information. UNESCO has contacted IAMCR with an important and urgent request for support.

To help journalists report effectively through the haze, and explain the “infodemic”, UNESCO is translating its publication “Journalism, Fake News & Disinformation” into several languages.

UNESCO is particularly interested in hearing from academics and collaborators who could voluntarily contribute Farsi, Hindi, Bengali, Japanese, Korean, German, kiSwahili and Italian translations, amongst others.

They are also looking for people who can help peer review the quality of crowd-sourced translations, as well as anyone who can help to promote the publication as a knowledge-resource at this key period.

Academics who can step forward will be acknowledged and thanked in the language edition concerned. With your help, a difference can be made to media’s role in this crisis.

If any IAMCR members are able to donate time to this project, please contact Sara Guglielmi <s.guglielmi [at] unesco.org> indicating availability to support translation, to peer-review a translation, and/or to promote the handbook.