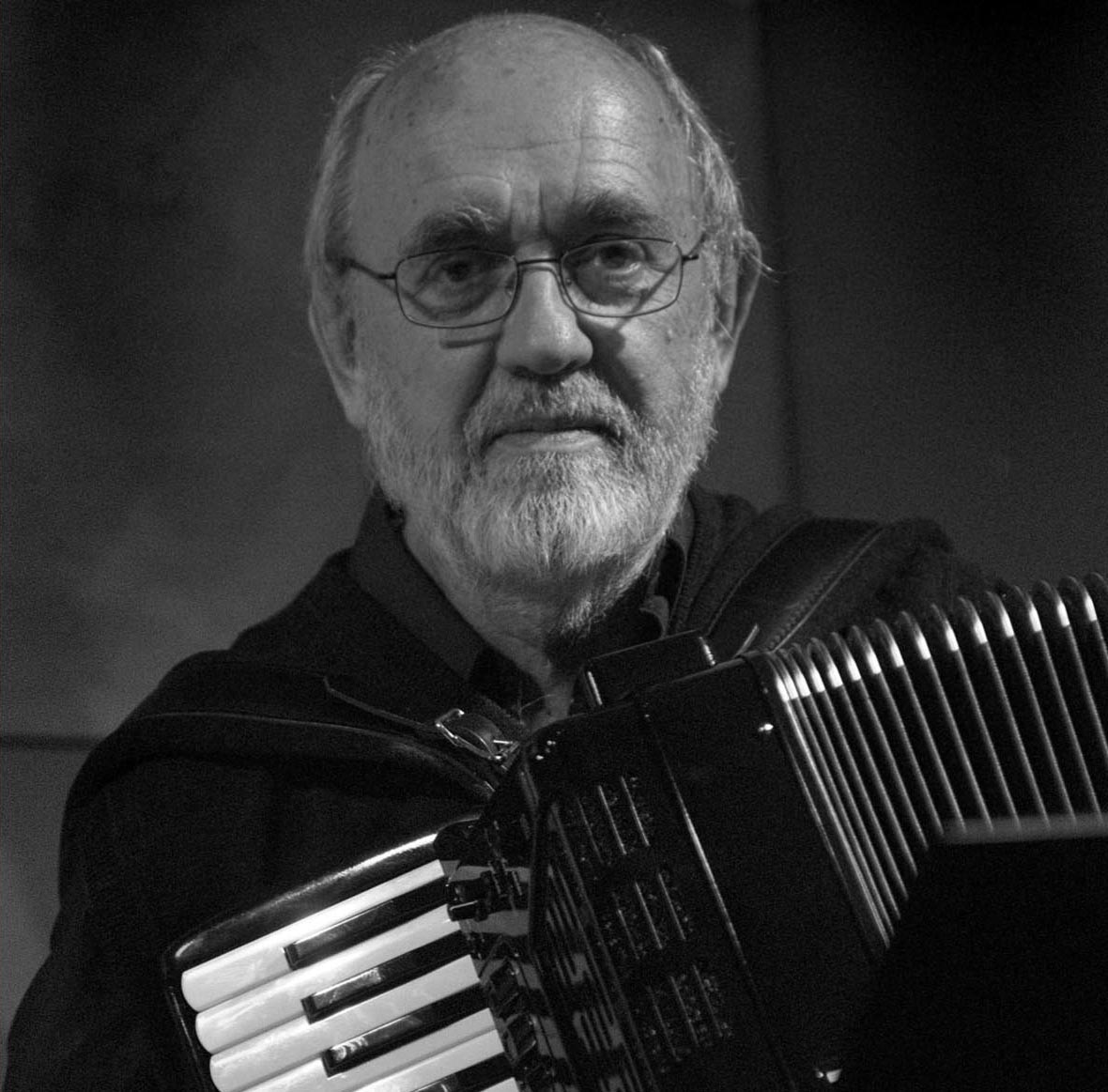 Cees Hamelink has been a member of IAMCR since 1972 and over the years he has served on the International Council, been president, and he is now chair of the Fundraising Committee. In this special feature, Pradip Thomas, vice-president of IAMCR, has gathered a series of five short articles to provide a profile of Cees.

Cees is also an accomplished jazz musician. If you'll be at IAMCR in Montreal this year, don't miss Cees' “jazz lecture” that will kick off the party at 18:00 on Wednesday July 15.

In the early 1970s (as director of Communication Research for the Lutheran World Federation- Geneva) I organized a workshop on the state of affairs in communication research in Hilversum, the Netherlands. This was a first opportunity to meet some prominent IAMCR members such as James Halloran, Herbert Schiller, Kaarle Nordenstreng, K.Eapen, Alfred Opubor and Luis Ramiro Beltran.  This was such an inspiring group of scholars that I decided in 1972 to become a member of the Association. In 1974 I became member of the International Council and in 1988 I was elected president for the 1990-1994 term.

A memorable period in which an independent administrative office for the Association was established in Amsterdam.
During all these years the Association became for me an important place for academic reflections on the many different aspects of human communication, for networking with the academic elite in communication scholarship, and for long-lasting and meaningful friendships.

IAMCR was (and continues to be) for me a fascinating habitat for global interaction, critical scholarship, and policy-activism.  The social sciences and among them the field of media and communication research has a tendency towards the replication of “hard sciences” in search of quantifiable information that through statistical processing would lead to evidence-based insights.

Unfortunately this myopic approach has not guided us to meaningful insights and useful understandings of the complexities of human communication but certainly did produce avalanches of academic publications and PhD titles. Without minimizing the importance of all this work it was always a relief to find throughout the years within IAMCR many colleagues who realised that science is not about delivering evidence or proof but about finding temporary approximations of reality that at the time seem the most plausible constructions.

Among the highlights in the past IAMCR years was the dialogue between Herb Schiller and Ithiel de Sola Pool in Caracas (1982) that I had the privilege of moderating: a splendid and inspiring exchange among two scholars with enormously different positions and at the same time a deep respect for their respective views.

For the 21st century I would like to see an Association that manages to mobilize long-term funding for its sustainability, that continues to meet annually (globally or regionally) and makes a serious effort to meet the key challenges of our time:  the real possibility of the untimely extinction of our species. We began our evolutionary journey as communicators and now we need to learn how human communication can be a critical component in human survival.

I am in favour of using all the digital techniques at our disposal but the world would  be a lesser place if we would not regularly have our family-reunions and swap academic insights with the pleasure of good food and drinks. Science should be fun, serious fun!

Freedom of expression and freedom of the media are among the most politically charged issues on the international arena today. Researchers and experts must broaden their perspectives and take more holistic approaches – there is a need to ask questions about the status and vigor of democracy and human and civil rights in our age of digitization and globalization.

Cees Hamelink is one of the few researchers who has successfully worked in this spirit for many years. Much of his work – still remembering his most crucial role in the MacBride Commission 35 years ago – concerns one of the acknowledged universal rights: the right to communicate, which includes expressing and hearing many voices and a multitude of stories as well as having respect for the integrity of one’s fellow human beings. He has clarified how human rights, as well as such fundamental principles as respect for cultural and linguistic diversity, have the potential to promote more democratic and equitable social development.

Hamelink notes and explores differences and understandings of democracy and human rights from a multipolar perspective. Doing so is a prerequisite for developing innovative and genuinely international research agendas – agendas that cross ethnic, cultural, religious and political boundaries – and for helping to improve the quality and utility of knowledge worldwide.

Cees Hamelink’s research is often the outcome of dialogues with a great number of scholars and experts from many different countries and disciplines. In these most important conversations, he encourages the generation of new knowledge and new ways of thinking. Moreover, and importantly, his work inspires us to reflect and think critically – to simply dare to do more.

When Jim Halloran, after presiding IAMCR for more than 15 years decided to end his mandate, this posed an important challenge to the future of the Association. Having elected Cees Hamelnik for his successor as the fifth IAMCR president, if I recall it correctly, in 1988, members of the Association made probably the wisest possible decision to ensure a continuing growth path of IAMCR.
Cees Hamelink’s recently published open letter to the Russian President Putin, apologizing for the Dutch media coverage of MH17 tragedy in Ukraine in July of 2014, reveals best his character and qualities of a scholar and supporter of international communication. His background in philosophy and psychology, his journalistic experience, and his work for several international organizations including UNESCO resulted in an exceptional intellectual man, sagacious and perceptive at the same time, who inspired everyone around him; sensitive not only to the validity and soundness of scholarship but also to ‘practical justice’.

His primary field of research, international communication, offers infinite challenges to the issues of theoretical and normative conceptualizations, operational reliability of concepts and ethical standards of actions that Cees has always brilliantly managed to combine, emphasizing the need for transdisciplinarity, ‘development ethics’ and critical approach in communication research. That kind of mentality inspired many accompanying him in the IAMCR and elsewhere.

I imagine that Cees’ belief that “it is difficult to imagine how anyone could engage in scientific research without being critical” was not always appreciated among his professional colleagues, but it certainly reflects best his personal skepticism toward the uncritical mindset and also – I hope – the developmental path of IAMCR he helped to pave greatly.

In Finland a doctoral defense is a ceremonial event with all participants dressed in black. However, if the opponent comes from another academic institution, s/he is advised to put on his/her own ceremonial outfit. The show is composed of hours-long debates between the opponent and the sweating doctoral defendant.

Today, the whole thing is pure theatre, because the thesis has already been approved by so-called pre-examiners. The official purpose is to give the public an opportunity to share new knowledge.  Especially in the case of university teachers, colleagues and friends gather to such occasions in numbers.

I had taught at the University of Helsinki for quite a while before I finalized my thesis in 1990. So the public was large. The boom of internationalization had just started at Finnish universities. Accordingly, professor Cees Hamelink from University of Amsterdam was invited to act as my opponent. He came to the defense with a colourful robe and a headgear resembling a nightcap used in old movies. In the beginning, Cees explained that according to his university’s custom, an opponent was due to put on the cap when something important was said – or was it the opposite. I do not remember, because I was very nervous.

The debate took three hours, and the audience laughed a lot. The eloquent opponent played with his cap, putting it on and off. Many colleagues still claim that it was an extremely amusing event. Perhaps.  I do not remember a thing about it.

The Netherlands in the North

In late summer 1994, after the IAMCR conference in Seoul, where Cees became the past President, I invited him and Seija to visit Finnish Lapland – an exotic environment to relax a bit after four years of hard work by both to run the IAMCR office in Amsterdam.

We flew to Ivalo far beyond the Polar Circle and hired a car to drive across landscapes that resemble both the Italian Alps and the Siberian tundra. The end of the road to North East was Kirkenes, the border town of Norway to Russia at the Barents Sea, named after a Dutch explorer at the end of the 16th century. We all know that Cees hates national chauvinism and conventional tourism butI never forget the posing to camera with the Barents Sea as the background.

The second experience of back home in the North was in the middle of nowhere in vast Lapland where I took the Hamelinks to visit the house of a Same reindeer farmer whose wife came from a small village in The Netherlands. As a young student she had been guiding sporty groups visiting Lapland, and meeting this aboriginal man turned her tour to a life-long adventure. Surely she was the only Lappish housewife of Dutch origin and was never visited by compatriots passing by. It took a long time before they finished their discussion in Dutch. Cees, the globetrotter, had encountered a unique experience.