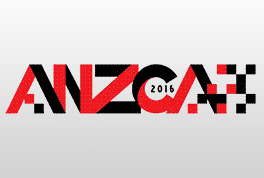 Those of ANZCA’s members who can’t make it to Leicester for IAMCR’s conference wish our colleagues a successful event.

Much of ANZCA’s active work on behalf of scholarship has been behind the scenes in recent months, including bedding in relationships with our very supportive journal publishers (Sage and Taylor & Francis), developing our website and social media, organising for our annual conference in Newcastle, Australia in July and revising our membership categories. It’s an organisation in good heart.

A more immediately visible outcome is its support for a Royal Society of New Zealand initiative to tackle the vulnerability of younger researchers through giving them a stronger collective voice. The initiative builds on a networking effort in the mid-2000s that was focused on the sciences. This time the social science and humanities are more prominent.

Colleagues might want to check the video of the key panel at WACCM in February 2016, a very positively received initiative by Western Australian communication departments that was similarly focused on capacity building amongst younger scholars. It’s a good reminder on the benefits of university collaboration within cities. See: https://youtu.be/Im1_3QKdf1U

Also in Western Australia, ANZCA members are promoting a year-long series of events run by the Centre for Human Rights Education at Curtin University on ‘reimagining Australia’. The inter-disciplinary series includes public lectures, the launch of a disability studies network and a major conference in December. More at: http://info.humanrights.curtin.edu.au/events/index-inasa.cfm