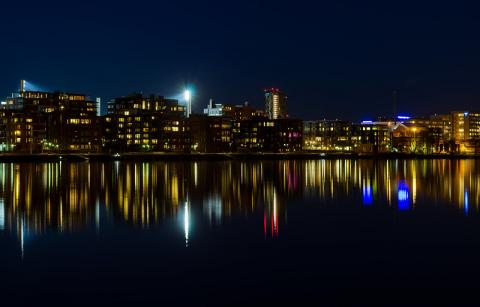 Tampere is located 180 kilometres north-west of the capital city of Helsinki. The city of Tampere, with seven adjacent municipalities, including Nokia, consitutes the Tampere region, which has a population of nearly 400,000. As the second city in Finland, Tampere is proud to be the largest inland city in the Nordic countries.

Tampere was founded by the Swedish King Gustav III in 1779 on the rapids between two vast lakes to harness the hydropower from the 18-metre difference in water level, giving rise to the first sawmill and papermill. The city grew during the Czarist period in the 19th century into a dynamic industrial centre with the Finlayson cotton factory as its flagship, followed by mechanical engineering in the early 20th century and thereafter IT industries, including Nokia. For good reason it is called "the Manchester of Finland".

Tampere aims to be carbon neutral by 2030. The objective of carbon neutrality will be taken into account in all the city’s operations, purchasing and investments. As a city of sustainable growth, Tampere recognizes the importance of urban and wild nature, biodiversity and responsible use of natural resources. Tampere has also been a Fairtrade City since 2008.

Concise information on Tampere is available here. For a short story of the city on video, see here.