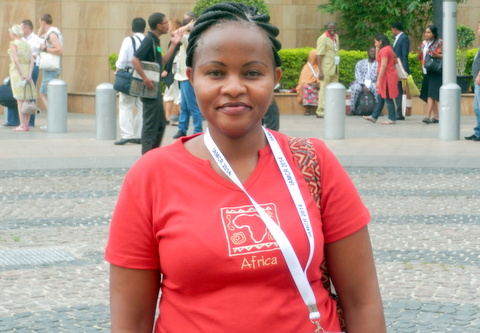 My experiences at IAMCR conferences have left an everlasting mark in my academic life. In Hyderabad, I presented a paper in the Political Economy Section on Worthy and Unworthy Victims? The Nexus between Media and Political Power in validating the Role of the International Criminal Court in the Kenyan Cases. The paper examined how the mainstream media in Kenya have been compromised by the political and economic elite and play a propaganda role in the International Criminal Court (ICC) cases in the Hague, where Kenya's current President and Deputy president are defendents. My main research interests are in political economy and media ethics and the ICC case is one that is very close to my heart owing to how the mainstream media in Kenya have downplayed the rights of the victims. I cannot express my gratitude enough to IAMCR for giving me a chance to share my research findings on this matter.

The 2013 travel grant to Dublin marked an initial remarkable moment in my young academic journey by giving me an opportunity to share part of my PhD research findings in the Media Production Analysis working group where I co-presented a paper with Irene Awino on “Biased Press or Biased Public? The Ethnicity Factor in the Political News Production Process at The Standard and Daily Nation newspapers in Kenya”. In it we examined the thorny issue of ethnicity as a major threat to journalistic and media freedom in Kenya.

Without these two travel grants, I would not have made it to either Dublin or Hyderabad. I lecture at the University of Nairobi, Kenya and at the time of the two awards, I was still on contractual employment awaiting confirmation after my PhD. Although the contracting and promotion criteria in my university place an emphasis on publication in refereed journals and presenting papers in international conferences, the University does not give any financial assistance to attend conferences.

As a result of my participation in the two conferences, I have been able to network and have my work published in two refereed journals, which has been a major milestone in my academic career. The comments and feedback I got from my presentations in Dublin and Hyderabad have gone a long way in making me a better scholar. Also listening and observing how more experienced scholars present their work has been a fruitful learning experience for me in terms of the dos and don'ts in academic presentation and research.

I sincerely thank the IAMCR grant awarding team, IAMCR members and donors to grants fund for facilitating my participation in these two memorable IAMCR conferences.