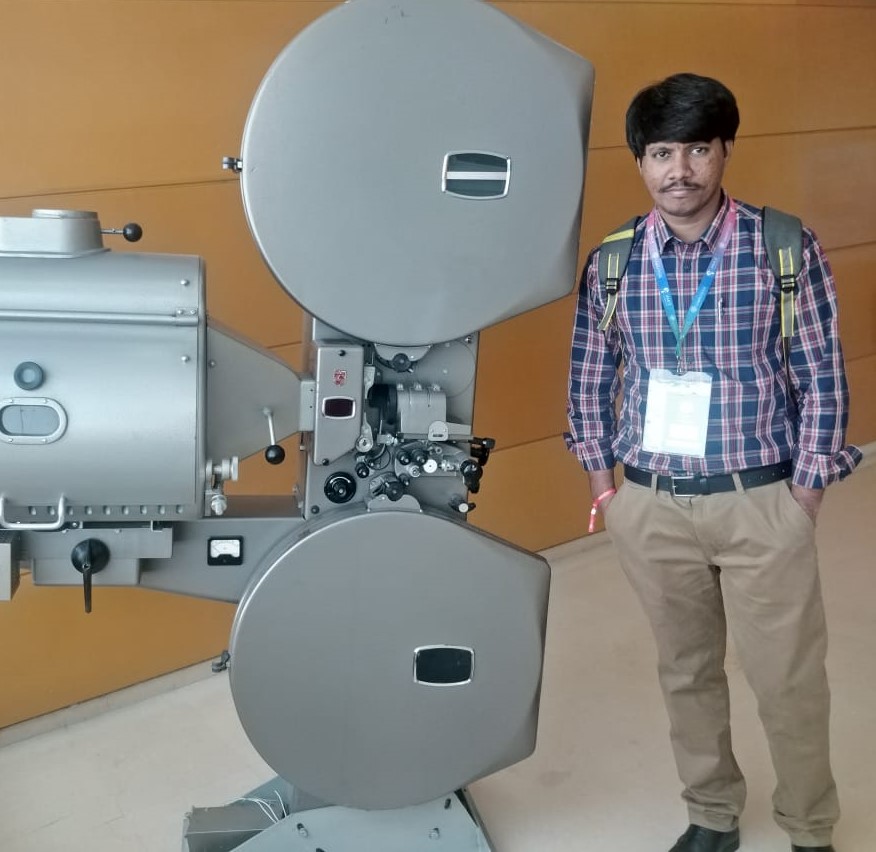 Srikanth Nayaka, a Doctoral student at the Indian Institute of Technology, Tirupati, Andhra Pradesh, India received a travel grant to attend IAMCR 2019 in Madrid. He presented his paper "Mapping the 'Circuit of Culture': A Study of Regional Digital Mediascape in India" to the Media Production Analysis Working Group.

In this article he tells us how the conference enriched his doctoral work in progress:

It was one of the greatest experiences to attend and present my research paper at the IAMCR 2019 conference in Madrid. It was only possible because of the generous travel grant support provided by IAMCR to attend the conference.

I presented my paper titled ‘Mapping Circuit of Culture’: A Study of Regional Digital Mediascape in India’ at Media Production Analysis Working Group. It was great opportunity because it is my doctoral work in progress and I received valuable feedback from the respondent, chair and other attendees. Added to this, I also had an opportunity to interact with international scholars and distinguished faculty members during the course of the conference.

IAMCR is one of the prestigious media research organizations in the world where scholars from different countries present their work. It was my second time at IAMCR as my first was at University of Oregon in Eugene in 2018.

There are three things which I gained from attending the IAMCR conference. Firstly, IAMCR provides a good platform to share research work and seek feedback from noted scholars. Secondly, IAMCR also gives an opportunity to engage with various international scholars from diverse backgrounds and countries which will help open further opportunities in one’s academic career. Lastly, you also get to meet publishers and editors of various series and journals which enable us to publish our work.

Overall, the participation in IAMCR is a very enriching experience, where one can escape from routine and tight academic schedules and refresh oneself for the upcoming academic year.