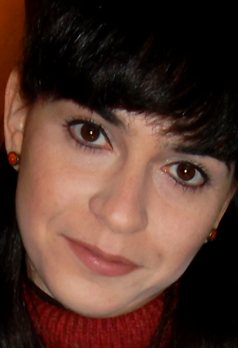 The project integrates participatory action research approaches, communication asset mapping and the use of established communication studies methods (ethnographic research, survey, focus groups), in order to understand the role that communication plays in promoting or hindering community among London’s diverse populations. The researchers recorded the communication infrastructures of a London neighbourhood and examined how locals communicate with one another to mobilise themselves about local issues. The study provides an analysis of the dynamic interaction between informal networks of communication, media outlets and urban space use, identifying their consequences for community building. With the grant they will do further work to advance community engagement and knowledge sharing, reflecting on the data they have produced alongside local communities to support their use of communication assets.

More information about the project is at http://www.lse.ac.uk/media@lse/research/Research-Projects/Community-Through-Digital-Connectivity.aspx

This year the selection committee will also award an honorable mention to a project by Jhessica Reia, a doctoral candidate in the School of Communication of the Federal University of Rio de Janeiro (UFRJ) in Brazil for the project The city as a stage: Regulation, public space, and street performance in media cities. The project's main goal is "to discuss the appropriation of urban public spaces by street performers and how the regulation and the control policies of these artistic interventions impact everyday life, sociability, and heterogeneity of cities."

Also during IAMCR 2016, Olesya Venger, winner of the 2015 IAMCR/UCF Urban Communication Research Grant, will present the results of her research during a special session at 11:00 on 30 July.

Wallis Motta is a Fellow in the Department of Media and Communications at the London School of Economics and Political Science. Her scholarship is interdisciplinary, lying in the intersection of Anthropology, Communication and STS. She specialises in new media, cities, social change, communities, infrastructures and entrepreneurship. She has published participatory and multi-methods research in Spatial Cultures (2016) and HCI conferences (INTERACT 2013, PerDis'13, PerDis'14).

Myria Georgiou is Associate Professor and Deputy Head of the Department of Media and Communications at the London School of Economics and Political Science. Her research focuses on migration, identity, media, and the city. She has conducted a range of crossnational comparative and ethnographic research on these topics across Europe. She is the author of Media and the City: Cosmopolitanism and Difference (2013).