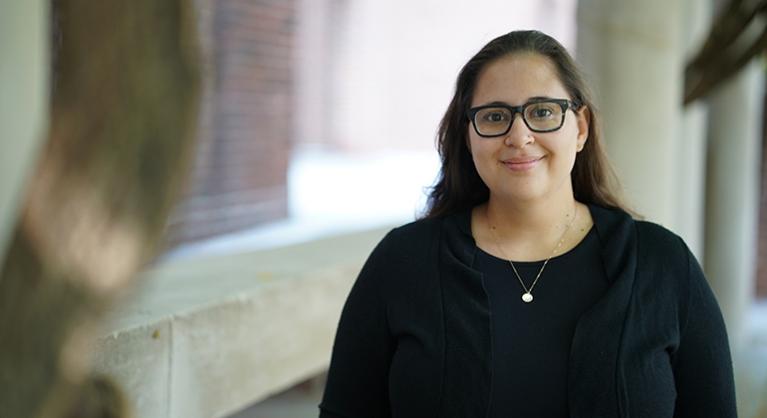 The International Association for Media and Communication Research -IAMCR- and the Urban Communication Foundation are pleased to announce that the 2019 UCF/IAMCR Urban Communication Research Grant will be awarded to Arlene Fernandez, a doctoral student and Graduate Fellow at the University of Pennsylvania's Annenberg School for Communication, for her project Meet Me at the Papi Store: Space, Place, and the ‘American Dream’ in Philadelphia Corner Stores. An honorary mention will be awarded to Erika Polson (University of Denver) for her project From the tag to the #hashtag: Street art, Instagram, and gentrification.

The prizes was officially awarded during IAMCR 2019 in Madrid.

A documentary video, a product of the award, was completed in June 2020 and presented at IAMCR's 2020 conference in July. Watch it below.

Meet Me at the Papi Store: Space, Place, and the ‘American Dream’ in Philadelphia Corner Stores

In the current sociopolitical moment in the United States, xenophobic tropes about immigrants from Latin America have been reanimated and become particularly effective tools for the performance of political identity by simultaneously galvanizing supporters across the ideological spectrum. Arlene Fernández’s research project aims to conceptualize corner stores (and their many vernacular variants, such as bodegas, papi stores, and tienditas) as spatial embodiments of a version of Latinx immigrant identity and border-making. Corner stores are a mainstay of urban communities both in and outside the U.S. and, therefore, rich sites for learning about how identity, community, and technology come together in urban spaces and places that are often situated at the margins. This project builds on previous work analyzing the discourse in the wake of a tech start-up formerly known as Bodega, in which she argues that the ardent defense of immigrant corner store owners by journalists, writers, and social media users serves as a kind of performative politics that obscures the complexities of bodega histories and immigrant labor in urban communities, particularly in New York City.

Drawing on broader media narratives and counter-narratives that frame urban corner stores, including those in popular culture, this research engages those complexities by interrogating mythologies about the American dream; visible and invisible Latinx immigrant labor; the construction of borders through surveillance and technological obsolescence; and class, race, gender and (de)colonial politics in urban spaces. The focus shifts to corner stores in Philadelphia, known colloquially as ‘papi stores’, which are discursively and materially distinct from bodegas in New York City. This study serves as the preliminary phase of a multimodal, multi-sited, ethnographic project to be undertaken in and with Latinx immigrant-owned corner stores in Philadelphia. Through participant observation and interviews in a selection of corner stores in the city, the research addresses meaning-making tied to corner stores, the people who own and operate them, the people who frequent them, and what these often overlooked, and sometimes literal, corners of the city can reveal about communicative practices in urban spaces, particularly within competing paradigms of the digital divide and smart cities. With an eye towards multimodality as an alternative way of knowing and seeing, the early findings are presented in the form of a short ethnographic, documentary film.

Arlene C. Fernández is a doctoral student and Research Fellow at the University of Pennsylvania Annenberg School for Communication. Her research interests include diasporic cultures, discursive racial and class formations, decoloniality, and visual communication in urban space and place. She is currently exploring Latina/o/x racialization and ways that racialized experiences and related counter-hegemonic practices are informed by, manifested through, and discursively formed in media and digital spaces, particularly in the current sociopolitical moment. As a mediamaker, she is committed to the idea that multimodal approaches to research can serve as vehicles for public engagement and translation, and as spaces for cultural reimaginings that center those at the margins.

From the tag to the #hashtag: Street art, Instagram, and gentrification

One trend in gentrifying neighborhoods has been the use of officially sanctioned Street Art murals to decorate neighborhood walls, and this study considers the role that Instagram practices have played in the gentrification of such districts. I examine how street art is used to create an affective experience and how the sharing of such experiences on social media helps to make territories familiar and thus more open to new “users”. (In fact, we now know that real estate developers use social media posts, tags, check-ins, and other location-aware data to predict gentrification). Focusing on Denver, Colorado (the city that leads the US in Hispanic displacement due to gentrification), I will use mixed qualitative methods including qualitative content analysis of Instagram posts, as well as interviews with Instagram influencers who’ve garnered thousands of likes posting from, photography-shoot experience providers, artists, and neighborhood leadership to try to better understand the link between Instagram, street art, and gentrification. This study is a part of a larger research project that critically examines how a nexus of location-aware platforms and social media serve to connect people (temporarily) to place through the production of ‘experience,’ and how the growing market for experiences is altering boundaries and creating new and contested claims to place.

Erika Polson is an Associate Professor in the department of Media, Film and Journalism Studies at the University of Denver (USA). Her research focuses on digital media and mobility in global contexts, and appears in publications such as Media, Culture & Society, Communication, Culture & Critique, the International Journal of Communication, and New Media & Society, among other journals and edited volumes. She is author of “Privileged mobilities: Professional migration, geo-social media, and a new global middle class” (Peter Lang, 2016) and co-editor of the forthcoming Routledge Companion to Media & Class.