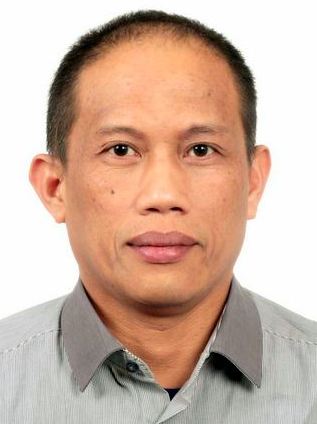 The International Association for Media and Communication Research -IAMCR- and the Urban Communication Foundation are pleased to announce that the 2020 UCF/IAMCR Urban Communication Research Grant will be awarded to Masduki, an Associate Professor at the Department of Communications, Universitas Islam Indonesia, Yogyakarta, Indonesia, for his project From Street Art to Social Media: In Search of Alternative Public Service Media for Urban Javanese in the City of Yogyakarta, Indonesia. An honorary mention will be awarded to Preeti Raghunath (Symbiosis Institute of Media and Communication, Pune, India) for her project Datafication or Technocratisation?: Utilisation of Non-Personal Data for an Indian Smart City Initiative.

The prizes will be officialy awarded during the IAMCR 2020 opening ceremony on 12 July.

For the project: From Street Art to Social Media: In Search of Alternative Public Service Media for Urban Javanese in the City of Yogyakarta, Indonesia

This research deals with the use of alternative media in the environmental advocacies within the urban-Javanese and post-autocratic politics of Yogyakarta, Indonesia.  One trend in the gentrification of environmental issues following the massive development of hotels and malls in Yogyakarta (the second largest tourism destination in Indonesia) since 2014 has been the use of murals to decorate the corners and walls of the city. These are simultaneously linked with digital media interfaces, such as a special YouTube channel, through which street art which can be consumed by the national and international public. Yogyakarta has thus become a 'stage' for social protests, with city walls and corners—as well as the internet-based media through which they are shared—providing unlimited and unrestricted spaces for voicing public issues. Established and previously autocratic media channels in the city, such as Radio Republik Indonesia (RRI) and Televisi Republik Indonesia (TVRI), have been ignored. This project examines how street art and the linked internet and social media platforms are used as tools for urban communication and vehicles of social advocacy. It will trace the activities and motives behind the street action, as well as the changing platforms for action and the integration of street art and posters with social media.

Focusing on the Anti-Tank Project, Yogya Berdaya, and Watch Docs Documentary projects in Yogyakarta in 2014–2019, this study will use mixed qualitative methods, including qualitative content analysis of selected street art works. The Anti Tank project is an individual, local, and non-profit street protest movement, Yogya Berdaya is a public art installment criticizing the environmental crisis caused by the construction of hotels and malls, and Watchdoc is a Jakarta-based national production house that brought Anti-Tank and Yogya Berdaya to international fora. In addition, to better understand the link between street art, social media, and the urban public, this project will involve semi-structured interviews with street artists and YouTubers whose posted artworks have garnered thousands of likes and drawn the attention of social activists, academics, as well as netizens at large.

Complementing its content analysis and interviews, this study will involve an ethnographic approach in which the researcher is closely engaged with Anti-Tank activists during the creation of ideas, production of murals and posters, and placement on social media, as well as its evaluation and reflection on the action. Through this method, the study seeks to identify the meaning-making involved in the media project, the people who produce and distribute it, the people who frequently engage with it, and to what extent it can provide appropriate communicative practices for/in urban spaces—particularly as the concept of a pro-modern consumeristic city clashes with the concept of an environmentally friendly city. Furthermore, it will investigate and confirm the contestation between post-autocratic and analogue public broadcast platforms with the use of public art and social media for advocating such issues among activists and the public at large. This study is part of a larger project exploring the potential of public media for urban digital society in Indonesia, particularly its political role as a policy watchdog. It critically examines how alternative media such as street art and social media platforms serve to connect public interests to policymakers in the city and provide the 'experience' of individual freedom for urban activism through which young people alter boundaries and create new public spheres.

Masduki is an Associate Professor at the Department of Communications, Universitas Islam Indonesia, Yogyakarta, Indonesia. He earned his doctoral degree at the Institute of Communication Studies and Media Research (IfKW), University of Munich, Germany (2019). He is a veteran radio journalist and served as the program director of Radio Republik Indonesia (RRI), Jakarta's headquarters, between 2010 and 2012. He is also a founder of the Clearing House for Indonesian Public Broadcasting, an NGO for public media advocacy. He has published several books on the Indonesian broadcasting system and his articles have appeared in such scholarly journals as GAZETTE, Journalism Studies, Journal of Digital Media & Policy and Media Asia. He has a particular interest in media policy, comparative media systems, media activism, and public journalism.

Masduki’s scholarly trajectory began in the late 1990s. As a university student, radio journalist and press freedom advocate living in the cultural city of Yogyakarta, Indonesia, he witnessed and participated in various street protests against Suharto's authoritarian regime. During the 2000s, he chronicled the advocacy for press freedom and democratic media policy. These first-hand experiences motivated him to explore the multiple political, economic, and social dimensions of media and civil society movements in post-authoritarian societies, which has been the subject of his academic research for many years. 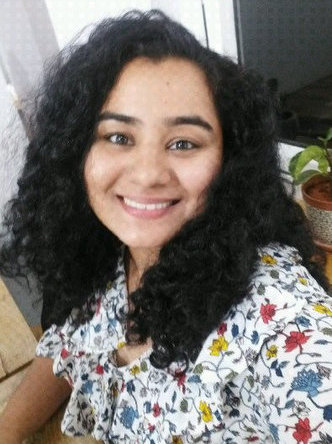 For the project: Datafication or Technocratisation?: Utilisation of Non-Personal Data for an Indian Smart City Initiative

Located at the intersections of Urban Studies and Critical Data Studies, my proposed research project is spatially focused on the upcoming Indian Smart City of Pune in Maharashtra, India. The Indian Urban Data Exchange (IUDX), launched by the union government of India as a multi-stakeholder interaction was piloted with the Pune Urban Data Exchange (PUDX), in late 2019. This makes Pune home to India’s first ever process of operationalizing Non-Personal Data (NPD) for a diverse array of urban activities. My research seeks to understand the practice of data-centric innovation as part of the Pune Urban Data Exchange (PUDX) initiative. The project seeks to unearth the utilization of NPD in this process of larger-scale datafication, provision of data-sets and open stacks that propose to encourage tech-based innovation, as well as the governance of such data at the level of the City. I seek to ask larger questions of the ethics of datafication, the process of anonymization of personal data to make it non-personal, and the administering of technocratic policies to said NPD. Ultimately, bringing the two theoretical strands together, the proposed project seeks to imagine what a human-centric designing of policies for NPD would look like and mean for the urban city in a rapidly urbanizing and datafying country like India.

Preeti Raghunath is an Assistant Professor at the Symbiosis Institute of Media and Communication (SIMC), Pune, India. Her research and praxis draw on global media policy, urban/regional studies, critical data studies, human security, and community media. She has a forthcoming book, Community Radio Policies in South Asia: A Deliberative Policy Ecology Approach (2020) to be released soon with Palgrave Macmillan.