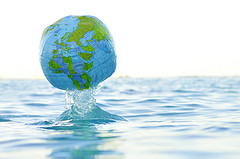 The award helps IAMCR meet one of the greening mandates adopted by the 2012 General Assembly in Durban - to contribute our expertise to addressing climate crises.

The award is open to all IAMCR members.

Photo: Not only our island nation that is sinking
(cc) flickr user https://www.flickr.com/photos/nattu/