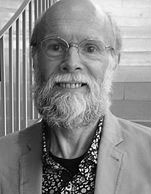 Plenary Session 2 was held on Tuesday 14 July from 11:00 to 12:30. The panel gathered David Lyon, from Queen’s University, Ontario and Carly Nyst from Privacy International, and the discussion on Surveillance and Resistance was chaired by Chris Paterson, from the University of Leeds.

The session began with the awarding of the IAMCR prize in memory of Stuart Hall to Faith Kibere.

Abstract: Edward  Snowden  revealed  a  US  and  UK dominated  surveillance apparatus far surpassing the popular imagination, inspiring debates over privacy around the world. Beyond  state  surveillance,  digital communica- tions  are  constantly  monitored,  stored  and  analyzed by an almost equally covert web of corporate surveil- lance  and  data  accumulation.  Revelations  of international communication  processes that are unknowable through  their secrecy,  and unreformable  through  their embrace of secret justifications,  require  scholars   to reconsider  the  possibility  of  reform  and  to  engage with new ethical and  political questions. Is our ability to resist  undemocratic control  of communication  the ultimate test of Hegemony or Resistance? This plenary surveys the burgeoning  research into surveillance and describes the mobilization of resistance by civil society.

David Lyon is Director, Surveillance Studies Centre, Queen’s Research Chair in Surveillance Studies, Professor of Sociology and Professor of Law at Queen’s University, Kingston, Ontario. He is also a husband, father and grandfather. From 2008-2010 he held a Killam Research Fellowship from the Canada Council. In 2007 he received a Lifetime Achievement Award from the American Sociological Association, Communication and Information Technology Section; in 2008 he was elected a Fellow of the Royal Society of Canada; in 2012 he received an Outstanding Contribution Award from the Canadian Sociological Association and in 2013 he was elected to the Academy of Social Sciences, UK. He contributes to Surveillance Studies, Social Theory and Sociology of Religion and has directed a number of large-scale multi-disciplinary research projects since 1996, totalling more than $5 million, mainly from SSHRC. Born in Edinburgh, Scotland and raised mainly in Bristol, England, he completed his Social Science and History education in Bradford, Yorkshire (BSc Soc Sci, PhD).

He has authored or edited 28 books and published many articles. The books have been translated into 16 languages and articles more. In 2015 Surveillance after Snowden will appear. In 2014 Transparent Lives: Surveillance in Canada / Vivre à nu: la surveillance au Canada (ed. Lyon et al) was published. Liquid Surveillance, co-authored with Zygmunt Bauman, came out in 2013. Current book-writing projects include The Culture of Surveillance. Lyon is on the international editorial boards of a number of journals, is a North American editor of Surveillance and Society and Associate Editor of The Information Society.