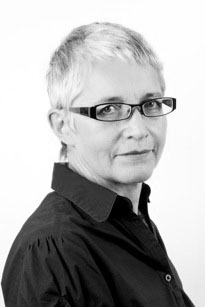 Plenary 3 was held on Wednesday 15 July from 11:00 to 12:30.Serge Proulx of the UQAM and Suzanne de Cheveigné form the CNRS spoke on The injunction to participate in the digital world.

The session began with the awarding of the UCF/IAMCR Urban Communication Research Grant 2015 to Olesya Venger.

Serge Proulx and Suzanne de Cheveigné: The injuction to participate in the digital world: a paradox?

Abstract: We are facing a double asymmetrical movement in the digital era. On one side, a vertical logic of concentration of media power by a few mega transnational groups and Internet companies ("GAFA": Google, Apple, Facebook, Amazon) – the promise of a democratic and participatory network society is being gradually transformed into the institution of an overbearing society of surveillance. The opposing movement is a citizen horizontal logic that continues to promise a democracy through digital participation in collaborative economic practices that call for the creation of a common knowledge and an economy of sharing. Under the pretext of joining modernity, both sides are now forced to ‘participate’ in this digital world. However this is a paradoxical order because all of our participatory gestures are immediately captured and transformed into data by the companies that own these Internet platforms. In this age of informational capitalism, how can citizen’s power to act be manifested in such a society of control and surveillance?

Serge Proulx is a tenured professor in the Faculty of Communication at l’Université du Québec à Montréal (UQAM) and associate professor in the Department of Social and Economic Sciences at Télécom Paris Tech, France.  He is one of the founders of what is called today the Faculty of Communication at UQAM.  He holds a Doctorate in Sociology from École pratique des hautes études de Paris, under the direction of Edgar Morin, his research mostly looked at the use of media and technology and at the approaches of the social reception of media, as well as political and social issues of the “information society“

He is the author or director of 25 works, 150 articles, and more than 400 scientific conferences in North America, South America, Europe, and Africa.  His most well known work, which is internationally recognized, has been translated into English, Arabic, Spanish, Portuguese, Italian, Russian, and Vietnamese. L’explosion de la communication, published with Philippe Breton in 2012, and La révolution Internet en question also published in 2012 are among his most recent publications.

Suzanne de Cheveigné is senior researcher (directrice de recherche) with the Centre National de la Recherche Scientifique (CNRS) and director of Centre Norbert Elias in Marseille, France. Her present research concerns the way science, technology and the environment are perceived, understood but also fashioned by society. Going beyond the study of the conditions under which scientific results or methods can be transferred to the general public, she examines the way society evaluates science and technology, the way it relates to natural environments and the norms (ethical or democratic, for instance) that citizens express in these areas. She is author of L'Environnement dans le journal televisé – Médiateurs et visions du monde and first author of Les Biotechnologies en débat – Pour une démocratie scientifique. She is a member of the Editorial Board of Science Communication and Enquête and vice-president of the Scientific Committee of the PCST (Public Communication of Science and Technology) International Network. She was chair of the EC expert group that produced the Gender Challenge in Research Funding report.