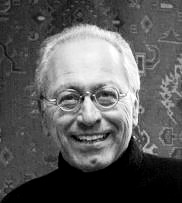 Plenary Session 4 was held on Thursday 16 July from 11:00 to 12:30. Andrew Finberg spoke on The Internet in question and Robin Mansell spoke on Imagining the digital world: ambiguity, power and the question of agency.

The session began with the awarding of the New Directions for Climate Communication Research Fellowship 2015 to Dr. Cornelia Brantner.

Andrew Finberg: The Internet in question

Abstract: The debate over the contribution of the Internet to democracy is far from settled. Some point to the empo- wering effects of online discussion, broadcasting, coordination of demonstrations and election fund raising to argue that the Internet will restore the public sphere. Others claim that the Internet is just a virtual mall, a final extension of global capitalism into every corner of our lives. This talk argues for the democratic thesis with some qualifications. The Internet makes three impor- tant contributions to democracy: its role in the electoral process, its mobilizing power in crisis situations, and its ability to assemble a public around technical networks that enroll individuals scattered over wide geographical areas. This last contribution is most unique. New publics have emerged on the Internet in hitherto non-political domains, such as medicine, with surprising consequences.

Andrew Finberg is an American philosopher of technology and is a former student of Herbert Marcuse with whom he completed his Doctorate at the University of San Diego in 1972.  After having taught in the United States as well as many other universities around the world, he is the holder of the Canadian Research Chair in Philosophy of Technology at Simon Fraser University in Vancouver, Canada.  He is also Program Director at the International College of Philosophy in Paris.

In his work, he is mainly interested in the philosophy of technology, in which he develops a critical theory of science and technology especially in the field of communication. His works have been translated into several languages, namely Japanese, Italian, French, Norwegian, Turkish, Portuguese, and Spanish. He has published, among others, in 2010 a book titled Between Reason and Experience: Essays in Technology and Modernity and 2002 the book Transforming Technology: A Critical Theory Revisited.

Robin Mansell: Imagining the digital world: ambiguity, power and the question of agency

Abstract: "What kind of world will be born through the midwifery of our new and more powerful communications tools?” (Smythe). Improving livelihoods and well-being partly as a result of living in digitally mediated societies is a challenge, even as investment in digital technologies extends the reach of the electronic networks and ser- vices. Inequality and social injustice abound – must we see this as inevitable under capitalism or is there an argument for reform through individual and/or collective agency? This keynote will highlight predominant and alternative models of technologically mediated change. The simultaneously empowering and disempowering qualities of the contemporary mediated environment will be discussed alongside a consideration of some of the consequences for how we think about agency and policy reform.