The IAMCR Islam and Media (ISM) Working Group will hold online elections in 2020 for the positions of One Chair and two Vice-chairs.

Other IAMCR members in good standing, who are also members of the Working Group are welcome to put forward their candidacy. They can do so by writing to the current co-chairs Dr. Bushra Hameedur Rahman (bushrajk [at] gmail.com) and Dr. Mohammad Kirat (mkirat [at] qu.edu.qa), with a copy to IAMCR General Secretary Gerard Goggin (gerard.goggin [at] ntu.edu.sg) and to the IAMCR secretariat (membership [at] iamcr.org), by 10 June 2020, indicating: their name, institutional position, a statement of no more than 400 words and, optionally, a photograph.

All candidates must be current members of IAMCR, and of the ISM Working Group.

The elections will be held online from 6 to 12 July 2020 using the SurveyMonkey platform. Voting lists will be generated on 10 June. Individual members and representatives of institutional members who are also registered as members of the ISM Working Group at the time the voting lists are generated will be sent ballots. Members who join the working group after the voting list has been generated will not be able to vote. 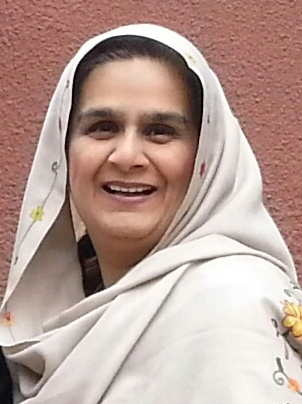 According to the tenets of Islam, man is essentially good and peaceful, and the essential nature of man is his ‘will’. It is through his will that man can work for the ethical ideals of Islam which is to create a society based on the principles of equality, liberty and fraternity. It is a challenge for mankind to bring in these ideals in today’s world when world seems to be divided on unequal grounds. It is of relevance to see how Muslims and Muslim world are contributing to meet these challenges of divisions.  What are the methodological and theoretical challenges Muslim scholarships are facing in media academia.

I have been associated with Islam and Media Group since 2009 and have also served as a vice-chair. Now I wish to stand as a Chair of ISM with the mission to uphold the spirit of the ISM with other members of the group. I will be working for scholarship with the objective of including all diverse voices.  I intend to work with my team members to internationalize ISM more effectively by just not using social media platform but also collaborating with other universities to hold small conferences. With my team members we will be working on the ways to promote scholarly work presented in the group.

I am a Professor in the Institute of Communication Studies, University of the Punjab. I have been associated with IAMCR since 2008 and has been more or less regularly attending all the IAMCR conferences. My areas of  areas of research have been feminism and Muslim feminism, Muslim women portrayals in the western media, Muslim women in religious discourses, West in the religious discourses of Pakistan, peace journalism, role of media in public opinion and ethical values in communication education and practice. I have been part of research projects dealing with public opinion, ethics and media education and research trends in Pakistan since its inception.

I am also the founding member of the Association of Media and Communication Academic Professionals (AMCAP) and now serving as a president of the association. The association has organized five international conferences and one PhD doctoral spring schools apart from holding number of workshops to promote research culture in Pakistan. I am also the Editor of, Journal of Media Studies, a publication of Institute of Communication Studies, University of the Punjab. 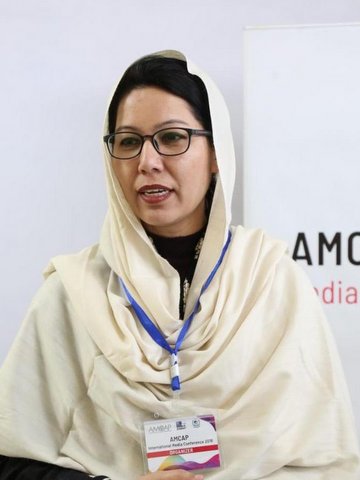 I take IAMCR as a great international forum for incessant inspiration and I would like to offer my services as vice-chair to Islam and Media Working Group of IAMCR for the upcoming mandate period. I participated in IAMCR as a paper presenter in 2010 and have been contributing in the Islam and Media group since then. Now I want to work more closely with the group as my research interests are entwined with it. My PhD dissertation, “Depiction of religions in Oscar-nominated and Oscar-winning documentary films” is an analysis of media treatment to religions which corresponds to the group’s interests. Working as an Associate Editor of the Journal of Media Studies (JMS), I will be able to work for the promotion of local and global discourses. JMS is a biannual journal indexed in international databases. I am also working as an Editor of a new journal Journal of Media and Communication Studies (JMCS) to promote excellence in the field of media studies.

It is because of the inspiration from IAMCR that we have successfully organized ECREA style Doctoral Spring School in Pakistan for the very first time in 2020 and received an overwhelming appreciation. Following the footsteps of IAMCR, we established the very first association in the discipline of media studies in Pakistan, now known as Association of Media and Communication Academic Practitioners (AMCAP). Being one of the founder members and Vice-President of AMCAP, I can benefit my association from this learning opportunity, if elected. Provided with this opportunity to serve as a vice-chair, I believe that I can bring more collaboration and coordination for the promotion of deliberations and dialogue between local and international academic circles. 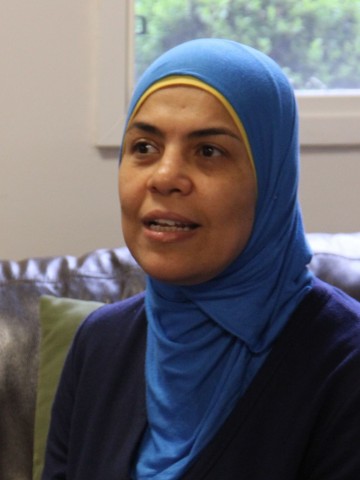 I have been a media and communication educator for 20 years and a member of IAMCR since 2006. I am an Associate Professor at Cairo University and have published 14 papers in peer-reviewed journals. I was the editor in chief of the Journalism Research Journal (2013-2015) and have been awarded as “Best Researcher” in the international conference of Mass Communication Faculty in 2008 and 2012.

I headed the journalism department at Ahram Canadian University (2015-2016) and had the honour to represent Egypt in the Department of State’s grant to study the US media institutes hosted by Ohio University in 2016 and since then I am a regular member and reviewer of the AEJMC. In addition to serving as a liaison of International Communication Department of the Middle East and North Africa. This grant offered me a valuable opportunity to build bridges and share experiences with media scholars around the globe.

Although my interest of the Islamic issues is an early attitude, I decided to reinforce my research engagement with the Islamic affairs by studying Master of New Media at Leeds University (2017) to focus on the humanitarian crisis of the Rohingya and how social platforms and mobile applications can contribute in relieving the crisis. The Master thesis has been published recently as a research paper in NMMCJ https://iiste.org/Journals/index.php/NMMC/article/view/51166. My enthusiasm to be a proactive member of Islam and Media WG is an organic part of my research interest and my plans are devoted to boosting the academic attention of Islam and Media through employing my worldwide scholarly network.

Launching the initiative of “Best Paper” award is just a primary step to actualize my vision to see I&MWG one of the most vibrant departments of IAMCR. Steps ahead are to attract and preserve a higher volume of ISM Working Group proactive members, hosting interdisciplinary panels that invite professionals and industry operators, publish a seasonal bulletin includes ISM Working Group activities, and setting up an annual agenda and conduct at least one virtual meeting to follow up.

I believe that the Vice-Chair position will sustain my ambitious visions toward ISM Working Group and keep it always on the top of my academic responsibilities.

I have been associated with IAMCR for the last two decades. I served as a vice-chair of Islam and Media Working group. My objective is to continue my work with the group to promote the development of research and academia in the area of Media and Islam for a better understanding and cooperation among scholars and academicians from all over the world. The goal is to develop an international platform for the exchange of their experiences, and researches. I will strive to bring together scholars and researchers for a rich and successful dialogue within the IAMCR Islam and Media working group.

Western media in its majority seems to cover Islam constantly in the negative light. Islam is depicted as a source of terrorism, violence, extremism and antipathy to the West. Muslims need to respond to such striking negative depiction of Islam. Contrary to what is generally perceived by the West, Islam in its real essence means 'faith' and 'peace,' a religion that calls for resignation to Allah and promotes and defends ethics and discipline in the person and the community “Umma”. As much as, the media can disrepute the general Muslim population and Islam, it can also restore and further inform the public of the true image of the religion. Through the media, the proper propagation and understanding of Islam can be enhanced by highlighting the universal values of the teachings of Islam. Mass communication research and scholarship in the field of Islam and media can promote a very constructive and positive dialogue between East and West. It can, as well induce a better understanding of religions and civilizations of humankind across the four corners of the globe, thus providing a fruitful dialogue of civilizations and cultures.

I am currently professor of public relations and Mass Communication at Qatar University. Previously I served as dean of the College of Communication and head of the department of Public Relations at the University of Sharjah, UAE (2007-2011). I have published more than 60 articles and a score of book chapters on journalism, mass media and public relations in scholarly journals. I also authored 12 books on mass media and public relations I believe that I can bring my experience of over 30 years of teaching and scholarship for the Islam and Media working group, as well as, IAMCR to promote scholarship and research related to issues about Islam and the media. I believe that I can promote more collaboration and coordination for a successful dialogue between scholars and academics interested in media and Islam from all over the world.