The IAMCR Visual Culture (VIC) Working Group will hold online elections in 2020 for one Vice-chair position. The previous co-chair Deborah Tudor has resigned and Denize Araujo who was vice chair is now serving for the position of co-chair with Sunny Yoon who is another co-chair at VIC, IAMCR.

Dr. Thomas Wiedemann at Ludwig-Maximilans-Universität München who is currently serving as interim vice-chair will run for election. Any IAMCR member who would like to be candidate for the position of vice-chair of the Visual Culture Working Group can submit applications as well. A statement of no more than 400 words including the name and current institutional position should be sent to the current officers (see details below) with a copy to IAMCR General Secretary Gerard Goggin (gerard.goggin [at] ntu.edu.sg) and to the IAMCR secretariat (membership [at] iamcr.org), by 10 June 2020.

Candidates must be current IAMCR members and also must be members of VIC Working Group.

If you have any question, please contact the heads of the VIC Working Group: 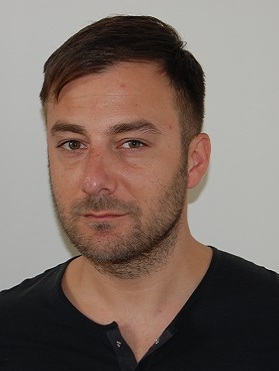 I am a postdoctoral researcher and lecturer at the Department of Media and Communication at Ludwig-Maximilians-Universität Munich where I am currently leader of the research project “Discursive reality construction in German feature film” funded by the German Research Foundation. I studied communication, political science, French and Spanish philology in Munich, Nancy, and Barcelona. In 2012, I received my PhD in communication from LMU Munich. My research interests include the production culture of audiovisual media, media policy and media structures, sociology of film, history and structures of communication studies, media history, social theories, and qualitative methods. Over the years, I have authored, co-authored, and edited over 40 academic publications, such as monographs, edited volumes, journal articles, and book chapters.

I got in touch with IAMCR for the first time in 2011, when I presented a paper at the annual conference in Istanbul. In the following years, I attended several more IAMCR conferences and was always excited about the truly international spirit, the fascinating presentations and talks as well as the considerate and friendly atmosphere. Simultaneously, since a considerable part of my research deals with the medium of film, the Visual Culture Working Group became my academic docking station within the association. After last year’s conference in Madrid, Denize Araujo and Sunny Yoon offered me VIC’s vice-chair position (interim) which I proudly accepted. To be clear, it is a big pleasure for me to engage with this working group and offer my service while gaining important insights from inspiring scholars from around the globe. Apart from being involved in the organization of this year’s VIC conference program, together with the two co-chairs, we started several new activities during the last academic year: the VIC CineClub as a virtual space where all members of the Working Group are invited to share their comments and thoughts about selected movies and the editing of three publications gathering outstanding papers from authors that presented their work at IAMCR. Thereby, I am in charge of the CineClub and also of one of the dossiers’ preface. In this spirit, it would be a great honor for me to officially serve as vice-chair of IAMCR’s Visual Culture Working Group and contribute to strengthen research in the area of visual media and communication as well as foster international exchange in that field.